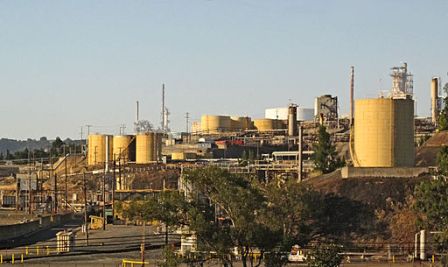 South Sudan Oil Minister Stephen Dhieu Dau said that the country plans to completely shut down its oil production by the end of July, due to a dispute over alleged support for rebels in neighbouring Sudan.

South Sudan intends to sell 6.4 million barrels of oil, worth approximately $300m, before closing the production.

The Sudanese government said that it would close two cross-border oil pipelines within 60 days unless South Sudan gave up support for the rebels.

South Sudan, which has no other means to export oil, resumed oil production in April after previously shutting down wells in January 2012. This followed a dispute over pipeline fees between the two countries.

The minister said that the state had sold around one million barrels of crude in June and had contracts for 2.2 million for shipment in July and 3.2 million in August.

"There is enough crude in the pipeline to meet this," Dau added. "We don’t see that this shutdown can bring any peace or stop internal rebellions in Sudan."

The shutdown of production will have a negative impact on both countries’ economies, according to the oil minister.

China has a major share in the oil industry in both the countries. It operates oilfields in South Sudan with Malaysia-based Petronas and India-based ONGC Videsh.