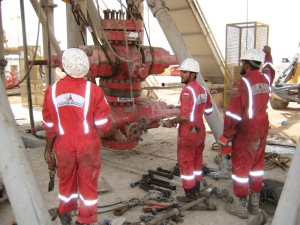 Drilling operations have been completed at the well, where initial flow test showed the well flowed at a rate of 2,400 BOPD of 30 degree API from the Khufai formation.

The company drilled a 400m long horizontal section in the Khufai.

The well has been connected to the production facilities at the Saiwan East oilfield for a long-term production test.

The well was drilled approximately 6km east of the Saiwan East oil field to a total depth below surface of 2,025m.

Tethys Oil said it found no significant oil shows were recorded in the Masirah Bay formation; however heavy oil was encountered in the Miqrat and Amin formations overlying the Khufai.

Tethys Oil managing director Magnus Nordin said the company is pleased to have found another Khufai field with conventional oil.

"We are hopeful that these results will confirm that we are on the right way to find the key to understanding the complex oil patterns of the Saiwan area," said Nordin.

Tethys Oil owns a 30% interest in Blocks 3 and 4, which are operated by 50% owners CC Energy Development.

The remaining 20% is owned by Mitsui E&P Middle East.