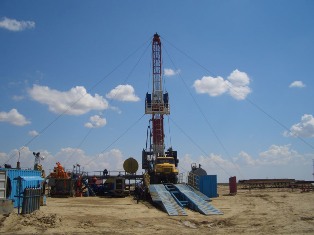 Tethys Petroleum has decided to temporarily halt testing of the AKD07 well in the Jurassic carbonate in Kazakhstan until options further options have been considered.

At the early stages of testing in this zone no oil formation was found after perforating, even though wireline logs represented the presence of hydrocarbons.

To completely determine the presence of oil in the Jurassic carbonate, extraction of formation fluids needs to be done by pumping or acidisation.

Currently, the company has no immediate plans for testing with no pump available, but intends to test the wells with a progressive cavity pump (PCP) technique as part of an integrated pumping programme at the right time.

Final log results from AKD07 well indicated that the Dyna sheet sand was present with good quality, however, it does not carry any moveable hydrocarbons.

It has been found that in the Doris channel sand is absent and the interval is represented by non-reservoir flood plain deposits.

Further exploration or appraisal targets in the greater Doris area are being considered for drilling in 2013.

Aral Oil Terminal’s, owned by Tethys and a 50% partner, (AOT) phase two construction has completed with the installation of two 1,000 cubic metre tanks, along with dehydration and pumping equipment.

Image:Tethy’s has halted testing of the AKD07 well. Photo: courtesy of Tethys Petroleum.