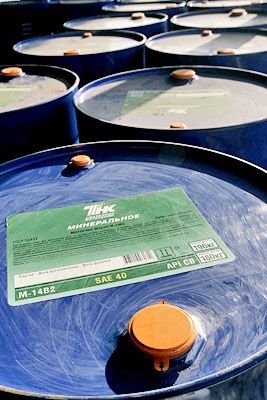 Igor Korneev, head of government relations department at TNK-BP Holding, has been detained by the Russian government on suspicion of seeking $6m in bribes to secure government posts.

The news of arrest comes as BP and its oligarch partners AAR are on the verge of selling out of their lucrative Russian joint venture.

BP’s board was set to vote on 19 October on an offer of more than $25bn it received from state-controlled Rosneft for the stake.

If the deal goes ahead it is likely to make Rosneft the largest stock market listed oil company and BP the BP will become the second biggest investor in the company after the Russian state.

TNK-BP Holding is the main subsidiary company of TNK-BP.

Korneev had worked in the Irkutsk regional government until June 2012 and offered to sell the state jobs in September 2012.

TNK-BP said it was made aware of the detention of Igor Korneev, who has worked with the company for about three months, from the law enforcement authorities.

The company said the arrest is not related to his work in TNK-BP and Korneev had spent his three months taking over the business and getting acquainted with the industry which was new to him.

Bloomberg quoted the company as saying, "He was not directly involved in TNK-BP activities. He was supposed to take up the analysis and expert evaluation in the area of subsoil use regulatory support as soon as all the necessary procedures are completed and knowledge obtained."

Korneev had previously been Deputy Chairman of the Government of the Irkutsk Region, Minister of Economics, having worked in managerial positions in federal and regional government authorities.

Image: TNK-BP is in on the verge of selling out of their lucrative Russian joint venture. Photo: TNK-BP.