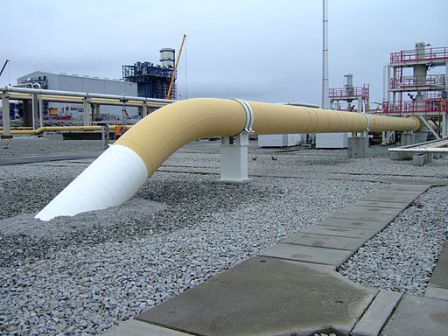 TransCanada has signed an agreement with TC PipeLines to sell a 45% interest in each of Gas Transmission North-West (GTN) pipeline and Bison pipeline for $1.05bn.

GTN is connected with the partnership’s Tuscarora pipeline system, as well as with Pacific Gas & Electric at the Oregon-California border.

The Bison Pipeline is a 487km natural gas pipeline, which connects the Rocky Mountain gas supply to downstream markets through the Northern Border pipeline system.

The pipeline was constructed in 2010, which started its service in January 2011.

TransCanada president and CEO, Russ Girling, said the sale of a 45% interest in both GTN and Bison will add a portion of funding to TransCanada’s capital programme, which includes $26bn of commercially-secured projects.

"Selling assets to TC PipeLines, LP not only provides us with an attractive source of capital, but it also allows the Partnership to grow its earnings, cash flow and distributions to its unitholders," Girling added.

"The possibility of selling further interests in our mature US natural gas pipeline assets, through a series of dropdowns, provides us with a significant amount of financial flexibility."

The latest transaction, which is subject to regulatory approvals, is expected to be completed in July 2013.

After completion of the transaction, TransCanada through its subsidiaries will hold about 30% direct ownership interest in both pipelines.

TransCanada has a 33% interest in TC Pipelines under US Master Limited Partnership, which allows it to acquire, own and actively participate in the management of US natural gas pipelines and related assets.

Image: TransCanada has signed an agreement to sell 45% interest in each of Gas Transmission Northwest (GTN) pipeline and Bison Pipeline. Photo: Courtesy of Jarvin.