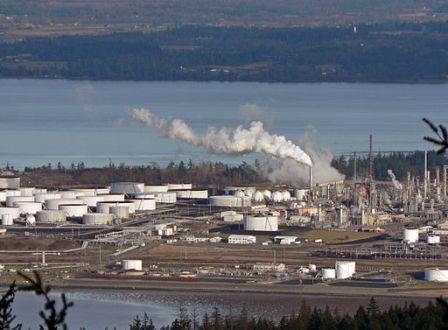 Leaked reports seen by The Guardian show that the UK has rejected a proposal in European Union (EU) negotiations to classify oil from tar sands as highly polluting, giving a strong indication it wants to allow European countries to import carbon-intensive tar sands oil from Canada.

Classifying tar sands as highly polluting would put off EU countries from importing it.

The reports have been released by Greenpeace as Department for Transport Minister Norman Baker plans to meet former Nasa climate scientist Jim Hansen in London, reported the Guardian.

The European commission suggested labelling the oil as highly polluting under its fuel quality directive.

The UK government has rejected the proposal of laws intended to encourage the use of low-carbon transport fuels, as it will class tar sands oil as more polluting than conventional crude or other fuels.

Out of six options given to the EU countries in April on implementation of the proposal, Britain chose two, which do not differentiate between the carbon content of fuels.

"Based on the findings so far, it seems clear that [these two] seem to meet the policy aims of the directive with the least risks of unexpected consequences," the UK said in the documents.

The oil from tar sands emits more than one-fifth greenhouse gas than conventional crude, according to studies.

Greenpeace senior climate campaigner, Charlie Kronick, was quoted by the publication as saying that labelling oil from tar sands as highly polluting will discourage tar sands imports into Europe.

The UK minister said the government is committed to reducing greenhouse gas emissions and wants the fuel quality directive to be an important tool in achieving the objective.