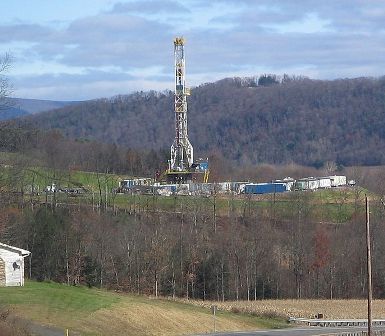 US-based Williams Partners has joined hands with Shell to provide gas gathering and gas processing services to various producers, including Shell, in wet gas areas of Marcellus and Utica Shale.

Both companies have entered into a joint venture partnership to form a new entity called Three Rivers Midstream, which aims to invest in both wet gas handling infrastructure and dry gas infrastructure.

A long-term fee-based exclusive gathering and processing agreement was signed by the new venture for Shell’s production in north-west Pennsylvania, which comprises about 275,000 acres.

Plans are underway to sign similar agreements with more producers in the liquids-rich areas of both north-west Pennsylvania and north-east Ohio.

The JV is exploring plans to build a 200 million cubic feet per day cryogenic gas processing plant and related facilities, with completion slated for the end of second quarter 2015.

The location of the processing plant is yet to be determined and the proposed large-scale gas processing complex will be expanded in line with the JV’s business growth, according to the company.

"Similar to our strategy of creating a significant supply hub in the dry gas area of north-east Pennsylvania, Three Rivers will create a major supply hub in north-west Pennsylvania, but with the added benefit of large-scale NGL pipeline infrastructure and expanded market options to support wet-gas production in this area," Armstrong added.

The system will connect Pennsylvania’s two major proposed developments – Shell’s ethylene cracker in Beaver Country and Williams-Boardwalk JV – and develop the Bluegrass Pipeline system by the end of 2015 to help deliver Marcellus and Utica liquids to the Gulf Coast and export markets.

Under the terms, Williams Partners will own and operate all of Three Rivers Midstream’s assets, while Shell will retain the right to invest capital and scale up its ownership before mid-2015.

Williams Partners plans to invest about $150m to start with, as part of its initial capital expenditures, and anticipates further capital investment as the joint venture improves its business.