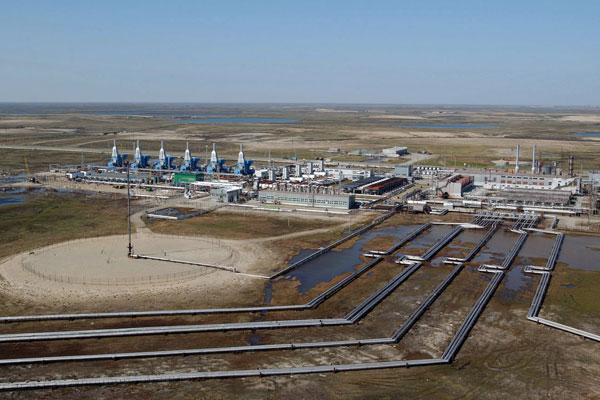 The company accounts for about 80% of Russia’s total natural gas output and controls more than 65% of proven gas reserves in the country. Other companies involved in gas production in Russia include Novatek, PSA operators, Lukoil and Rosneft.

A vast majority of the country’s natural gas reserves are located in the giant offshore North Field, which covers an area almost equivalent to Qatar itself. North Field is the world’s largest non-associated gas field. It is the main source of Qatar’s natural gas production. The Barzan gas project, the latest North Field project under construction, is expected to produce an additional 600 billion cubic feet of gas per year upon its completion in 2015. 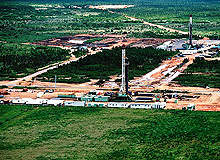 The gross natural gas production of the country in 2012 stood at 5.7Tcf. The state-owned Qatar Petroleum (QP) is the dominant player in the country’s natural gas sector.

The natural gas resources are developed by integrated mega projects in association with foreign players, including ExxonMobil, Shell and Total. QP holds major share in these projects. Qatargas and RasGas are the major LNG companies operating in Qatar.

Turkmenistan produced 2.274Tcf of natural gas in 2012. Turkmengaz, one of the five state-run companies for exploration, development, production and distribution of hydrocarbon resources in the country, is responsible for gas production. Russia is the key export market for Turkmenistan natural gas. CNPC of China is the only foreign company directly operating in Turkmenistan with its involvement in Bagtyiarlyk project near the Amu Darya River.

The United States ranks as the fifth largest, holding 334.07 Tcf of proven natural gas as of January 2013. The nation’s proven gas reserves have steadily increased since 1999 with the expansion of exploration and development activities in its shale formations.

The Barnett play located in Texas and Montana, Haynesville play in the Texas-Louisiana Salt Basin, Marcellus Shale play in the Appalachian Basin, Fayetteville play, Woodford play in Oklahoma and Texas and the Eagle Ford play, in the Western Gulf Basin of South Texas, are the major shale plays contributing to the country’s natural gas expansions. Barnett is the largest shale gas reserve in the nation. Other natural gas reserves in the country include the Antrim Shale in Michigan, Caney Shale in Oklahoma, Conesauga Shale in Alabama, Granite Wash Play in Texas and Oklahoma and the onshore and offshore Gulf of Mexico basin.

Associated gas at the giant oil fields, such as the Ghawar onshore field and the offshore fields Safaniya and Zuluf, account for about 57% of the country’s proven gas reserves. The Ghawar field alone accounts for more than 30% of Saudi Arabia’s proven gas reserves. Karan gas field, which came online in 2011, is the first offshore non-associated gas field to be developed in Saudi Arabia. Other major non-associated gas fields under development are the Arabiyah and Hasbah gas fields.

Gross natural gas production in Saudi Arabia in 2012 stood at 3.927Tcf. The country does not import or export natural gas. Its entire gas output is consumed domestically. The state-owned Saudi Aramco is responsible for gas production in the country. The company has partnered with foreign companies such as Lukoil, Sinopec, Eni and Respol for exploring non-associated onshore gas resources especially in Rub al-Khali, the world’s largest sand desert.

The United Arab Emirates (UAE) has the seventh biggest gas reserves in the world. The country’s proven natural gas reserves as of December 2012 were estimated at 215.1Tcf. Despite the vast gas reserves the country imports natural gas, primarily from Qatar. The UAE imported 616 billion cubic feet of gas in 2011. Around 30% of UAE’s gas output is re-injected into oil fields. The power sector of the country too uses natural gas as a major feedstock.

The existing onshore fields such as Anaco, Barrancas and Yucal Place are being developed for increased gas production. Plataforma Deltana, Marsical Sucre and Blanquilla-Tortuga areas off the north-east coast of Venezuela, and the gas blocks in the Gulf of Venezuela in the north-western part of the country are being developed with involvement of foreign companies including Total, Statoil, Chevron and Gazprom.

The country produced 1.137Tcf of natural gas in 2012. A large share of the country’s gas output is re-injected into the oil fields for better crude oil extraction. Venezuela currently imports gas from Colombia and the US in order to meet its growing industrial demand.

Amenam-Kpono, Bonga and Akpo are the major oil and gas fields located in Niger Delta. Gbaran-Ubie, one of the latest integrated oil and gas projects in the country, achieved peak production of one billion cubic feet per day in 2011. Much of the country’s natural gas is flared since most of the oil fields lack the infrastructure to produce and market associated natural gas.

Shell is the leading gas producer in the country. It’s Soku gas-gathering and condensate plant provides nearly half of the feed gas to the only LNG facility of Nigeria. Total, Eni and Chevron are among the other major foreign companies involved in Nigerian gas production. The Nigerian Gas Company (NGC), a subsidiary of Nigerian National Petroleum Corporation (NNPC), is responsible for the marketing, transmission and distribution of gas. Most of Nigeria’s marketed natural gas is exported as LNG.

Algeria’s gas reserves rank as the tenth biggest in the world. It is also the largest gas producing country in Africa. The proven natural gas reserves of the country were estimated at 159.1Tcf as of December 2012. Algeria’s gas production has, however, declined in the recent years with the depletion of some of its mature gas fields.

The country produced 2.875Tcf of natural gas in 2012. Sonatrach is the leading gas producing company in the country. Other companies involved in gas production in Algeria include Eni, BP, Repsol, GDF Suez and the BG Group. A host of new gas projects including Gassi Touil, In Salah Expansion, Reggane Nord, Timimoun and Touat are under development in the country. Menzel Ledjimet East (MLE), which commenced production in 2013, is the latest gas project to be developed in the country.