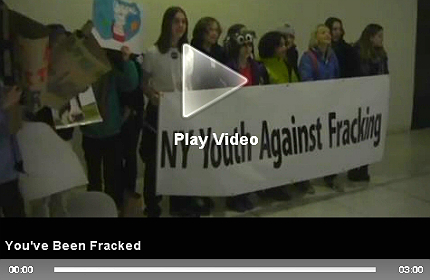 When planning New York’s energy strategy, nothing has divided the city’s community quite like the possibility of controversial hydraulic fracturing – a technique that involves injecting up to 600 chemicals via water or sand into the Earth’s crust to extract gas.

After five-years of vigorous pro and anti-fracking lobbying, just under a week ago the city’s governor, Andrew Cuomo, decided to postpone a long-awaited decision on whether oil and gas companies could go ahead with fracking rural parts of the state.

"Nothing has divided the city’s community quite like the possibility of controversial hydraulic fracturing."

Instead, he announced he will wait for the preliminary results of a $1m health study of people living near fracking wells in Pennsylvania, which was announced in mid-February by the Geisinger Health System, and let "science decide the future of fracking in New York."

The decision has been a mini-victory for many who fear and oppose fracking in New York State, not least the Artist’s Against Fracking campaign, launched in 2012 by environmentalist Yoko Ono and her son Sean Lennon, who own a farm near potential fracking sites. Their campaign is supported by 200 other artists, including Lady Gaga, Susan Sarandon and Robert Redford.

The campaign, set up to pressure Governor Cuomo to say no to fracking, opposes the 50,000 – 100,000 shale gas wells they say the oil and gas companies want to drill, citing problems fracking has caused in other cities, such as Pennsylvania, which New York shares the gas-rich Marcellus Shale formation with. However, local landowners, who stand to profit from leasing to oil and gas companies, contest this view and are preparing to take legal action against the state for further delaying the decision.

The problem with fracking

Since 2008, New York has had a moratorium on horizontal drilling and high-volume hydraulic fracturing. While New York has been holding off, other neighbouring states incorporated in the Marcellus Shale formation have embraced fracking and subsequently experienced an economic boom.

For example, in Bradford County PA, which has been drilled since 2005, shale gas has enabled the area to pay off a $5m debt and reduce real estate taxes by six percent. According to Bradford County Commissioner Daryl Miller job and business growth in the area has been "phenomenal".

"While New York has been holding off, neighbouring states incorporated in the Marcellus Shale formation have embraced fracking."

This may be so, but there are negatives to the industry, as the Artist’s Against Fracking campaign highlight in their anti-fracking video. They visited disgruntled Pennsylvanian residents who say their water supply has been affected by fracking – they found methane in their water, along with up to 27 other chemicals, and report sickness due to overexposure to gas.

The campaign also points out that the oil and gas industry is exempt from many major federal environmental statutes designed to protect drinking water, such as the Safe Drinking Water Act, Clean Water Act and Clean Air Act. Companies also do not have to disclose what chemical they use, adding to a lingering sense of ambiguity. Many environmentalists believe politicians are putting profits before people, looking for a quick and overrated fix for the economy in these rural areas.

In an article in the Huffington Post, Pennsylvanian residents who had leased land to oil and gas companies, or were approached by them but hadn’t leased, were invited to write in to the publication and detail their experiences.

Profits before people or people before activists?

Many rural New York farm owners believe it’s their right to lift themselves out of financial struggle by leasing their own land. The Joint Land Owners Coalition of NY, which, according to their Facebook page is a "coalition of 77,000 landowners representing one million unleased acres who want safe, responsible natural gas drilling in New York," is preparing a law suit against the state over the moratorium, alleging it has taken property rights in violation of the state and federal constitutions. This is because the current fracking ban stands to lose its members thousands of dollars in an economically repressed area.

"Many rural New York farm owners believe it’s their right to lift themselves out of financial struggle by leasing their own land."

Neil Vitale, leader of the Steuben County Landowners Coalition, talking to the-leader.com, said the oil and gas industry is vital to keeping small farms alive: "The only thing that has ever helped is when the petroleum industry comes in and provides the royalties and signing bonuses to small family farms. It keeps them vital."

This sentiment is echoed by Tim Shepstone, writing on the Energy In Depth, Northeast Marcellus Initiative website, who said: "The real tragedy, though, is this; Empire State politics aside, natural gas development is a matter of economic life and death for the Southern Tier. Governor Cuomo, unfortunately, seems unable to summon the political courage required to meet this challenge."

Pushing aside the financial gains for this economically depressed area, some believe environmental concerns have been exaggerated and a shift from coal to gas is actually better for the environment. "With proper regulation and enforcement, gas provides a very substantial health benefit in reducing air pollution," says Daniel Schrag, director of Harvard University’s Center for the Environment.

The debate rolls on but science should have the last word

Environmentalist, farmers, celebrities and the rest of the residents of New York will have to wait for potentially more than a year for an answer on hydraulic fracturing. Despite the pause, it’s significant that governor Cuomo came as close as he ever has to approving fracking, by outlining drilling plans for as many as 40 gas wells. Only at the last minute did he wait to "let science" decide. 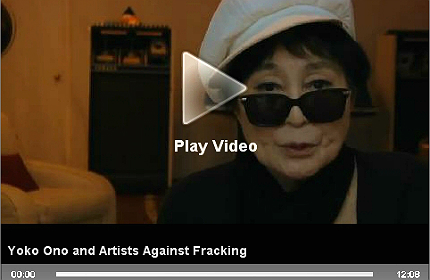 Talking to the Wall Street Journal, he makes his position clear: "What I’ve said to you nine million times – that this [hydraulic fracking] has great possible economic benefit for the state, in a part of the state that badly needs jobs, but you have to make sure it’s safe and there is no health risk."

He adds that he cannot give a time limit on the decision but has told his environmental conservationists to do their work as quickly but as thoroughly as possible: "They know we want to get it done quickly, but we also want to get it done right." Until then, celebrities and farmers, with their differing agendas, will have to battle the issue out until science has the last word.

Researchers from CIRES in the US have discovered a link between elevated volcanic compounds in the atmosphere, which contribute to unhealthy ground-ozone formation, and oil and gas facilities.