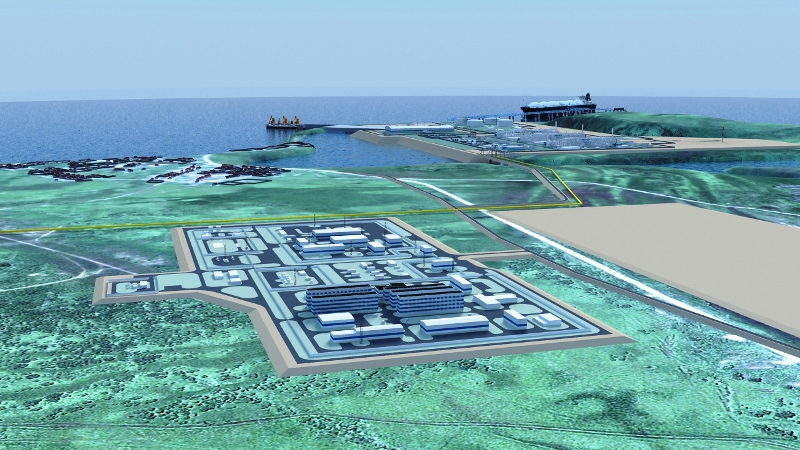 Gas producer Gazprom announced plans to invest $13.5bn in its liquefied natural gas (LNG) plant near the city of Vladivostok in Russia.

As well as improving the plant, the money will also be spent on infrastructure such as a port, gas pipeline and power station.

A special-purpose company Gazprom LNG Vladivostok has been set up to implement the project, which is expected to be completed in the third quarter of 2014.

The US Government gave approval for a $10bn liquefied natural gas (LNG) export facility in Texas, to export LNG to countries which do not have free trade agreement (FTA) with the US.

The facility is expected to start export operations in 2017 and has to clear approval from the Federal Energy Regulatory Commission.

Rosneft’s subsidiary NGK Itera will acquire the stake, which provides the company with indirect ownership of a 19.6% stake in SeverEnergia.

SeverEnergia is a joint venture (JV) of Yamal Development and Arctic Russia, which holds gas producing assets in Yamal-Nenets, an autonomous region of Russia.

Said to be an extension of the recently commissioned Wood Buffalo pipeline, the new Wood Buffalo extension pipeline will be constructed from Enbridge’s Cheecham terminal to its Battle River terminal at Hardisty.

The UK Chancellor of the Exchequer George Osborne announced an unprecedented tax break for the fracking industry in an effort to increase Britain’s energy security.

Shale gas producers will have to pay only 30% tax on their profits, compared with 62% on new North Sea oil operations and up to 81% for older offshore fields.

Osborne said that shale gas is capable of broadening the UK’s energy mix.

US-based Atlas Pipeline Partners signed an agreement to acquire 100% of equity interests in the Eagle Ford midstream business from TEAK Midstream, for $1bn in cash.

TEAK Midstream is a natural gas gathering and processing company, which has assets in the Eagle Ford Shale in south Texas, US.

Tethys said that the results of the testing programme are expected in three months, while wireline logging operations have been completed in B4EW4 well.

The agreement, which was signed by PetroVietnam president and CEO Do Van Hau and Eni CEO Paolo Scaroni, followed a meeting held between Italian Prime Minister Mario Monti and the Communist Party of Vietnam General Secretary Nguyen Phu Trong.

The agreement will allow PetroVietnam to increase its global activities and give Eni the opportunity to foray into new blocks in Vietnam.

Uganda, Kenya and Rwanda signed a memorandum of understanding (MoU) to construct two new oil pipelines through East Africa, one of which will flow through landlocked South Sudan.

The MoU was signed in the presence of Yoweri Museveni, Paul Kagame and Uhuru Kenyatta, the presidents of Uganda, Rwanda and Kenya respectively.

Russia-based Rosneft paid $16.65bn to UK-based BP, as part of the sale and purchase agreement of TNK-BP, which was announced in October 2012.

North American independent oil and natural gas exploration and production firm Dejour Energy started producing natural gas at two of its four new wells in the Piceance Basin and the Peace River Arch in the US.

The four wells were completed by Halliburton under a turnkey contract arrangement. They will be operated in sets of two in the William Fork formation with eight frac stages for each well.

Dejour said that by the end of next week all the four wells will begin production.

Following Mogdinskaya-10 exploration well drilling, three new deposits were discovered in the Irkutsk region at the Mogdinskiy license area within Savostyanov field. These include one oil and gas condensate and two gas condensate deposits.

The testing of complex ancient Vend-Cambrian carbonate reservoirs of the lower and upper Ust-Kut and Osinsky horizons in the well resulted in the flowing of gas and condensate. The production rate is being increased to 425,000m³ per day. Oil flows at the level of 90m³ per day.