Unecha to Ust–Luga, via Smolensk

50 million tons of oil per year 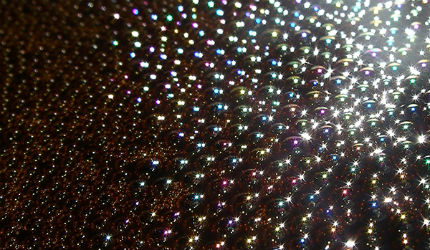 Baltic Pipeline System-2 (BPS-2) is a Russian oil supply system built and operated by Transneft, a government-owned company responsible for oil pipelines in the country. The pipeline is 727 miles-long (1,170km), running from the Unecha town of Unechsky District, Bryansk Oblast, to Ust-Luga, Leningrad Oblast, via Smolensk, Russia.

The oil pipeline was built in two stages. The first stage was officially commissioned in March 2012 by the current Russian President Vladimir Putin. The second stage was completed in December 2013. The construction cost of BPS-2 is estimated at $4bn.

Transneft and Rosneftbunker are the joint owners of BPS-2 trunk line.

"The pipeline reduces the country’s dependency on former USSR transit countries and optimises the workload of the existing oil pipeline system in the country."

The second Baltic Pipeline System project started taking shape after differences over an oil transit broke out between Russia and Belarus in early 2007. The transit disputes between the two countries have damaged Russia’s impression as a reliable supplier of oil and gas to Europe.

The completion of the second trunk line was subsequently seen as a strategic victory for Moscow. The pipeline also reduces the country’s dependency on former USSR transit countries and optimises the workload of the existing oil pipeline system in the country.

The BPS-2 oil pipeline originates from the Druzhba pipeline junction, the longest oil pipeline in the world, at Unecha, near the Russian border with Belarus. It terminates at the merchant seaport of Ust-Luga located on the Gulf of Finland, Leningrad region.

The linear length of the pipeline from Unecha to Ust-Luga is about 621 miles (999.5km) and the length of the lateral line that leads to Kirishi oil refinery in Leningrad Oblast is about 106 miles (170.5km).

The pipeline passes through the Russian provinces of Bryansk, Smolensk, Tver, Novgorod and Leningrad.

The Ust-Luga terminal was selected as the termination point of the pipeline for several reasons. The Gulf of Finland, the easternmost realm of the Baltic Sea, is characterised by a short ice-over period and can be easily accessed by other major ports situated in Northern Europe.

Another advantage is that the Ust – Luga port offers congestion-free transportation unlike the congested St. Petersburg Port. The port is also being developed with modern and new infrastructure. There is also a plan to build highways and railway lines to enhance transportation infrastructure between the port and important commercial centres located in the northwestern part of the country.

Technical details of the Russian pipeline

""Stage one of the Baltic Pipeline System-2 is designed to carry 30 million tons of oil a year."

The number 7 pumping station was provided with an oil depot with a capacity to store 80,000m³ of oil.

Following the dispute between Russia and Belarus over an oil transmission issue, the Government of Russia approved the plans to build the BPS-2 pipeline in early 2007. In November 2008, the then-President Vladimir Putin signed a decree ordering the design and construction of the pipeline.

Construction on the project began by welding the first joint of the pipeline in June 2009. The final joint was welded in October 2010 in the Ust-Luga port area. The project was completed in October 2011. The commissioning, however, was delayed due to technical problems. The pipeline was finally launched in March 2012.

Transneft also acted as a general contractor for the construction of the second Blatic Pipeline System. Approximately 118miles (190km) of the pipeline was built by Stroytransgaz.