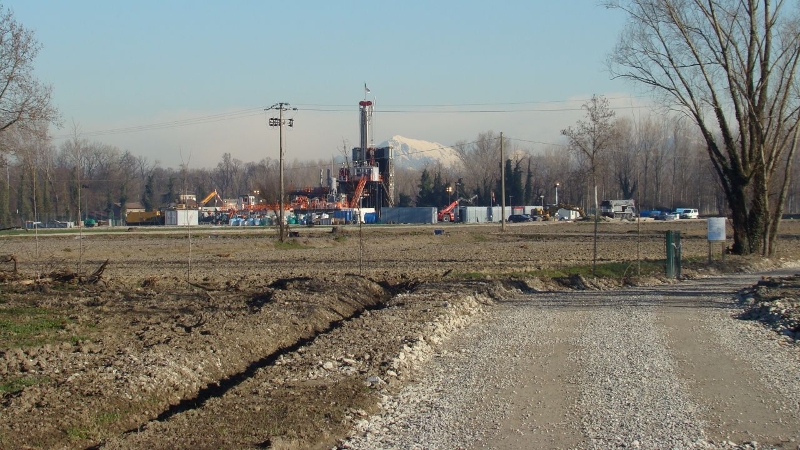 It is part of the Cascina Castello concession area, which is wholly owned by Po Valley Energy.

Bezzecca is estimated to contain proven reserves of 2.8 billion cubic feet (bcf) and probable reserves of 4.4bcf of gas.

Gas production from the field started in April 2017, with an initial rate of 190-250 barrels of oil equivalent a day (boed).

The Bezzecca gas field was discovered by the Bezzecca-1 well drilled between March and May 2009.

The well was drilled to a depth of 2,010m and encountered three gas-bearing reservoirs in the upper Miocene and lower Pliocene sandstones.

A 31m gross pay interval was struck in the Miocene sandstones between depths of 1,913m and 1,944m, which included three to five distinct potential target zones. The Pliocene interval proved to be smaller but still exhibited production potential.

An integrated reservoir study, including seismic remapping, petrophysical assessment and reservoir simulation were used to analyse the field data.

Development and construction details of the Italian gas field

Bezzecca is being developed in two phases, with the first phase comprising the development of the Bezzecca-1 well.

Gas produced by the field is transferred through a 7km tie-in pipeline to the Vitalba gas processing plant, which is located nearby.

Instrumentation works and installation of additional equipment at Vitalba plant was completed in March 2017. Bezzecca-1 well was also tied-in to the plant during the same period.

The second phase of development includes the drilling of a second production well named Bezzecca-2, which will be optimised to drain the structurally highest section of the field.

The well is planned to be drilled in 2017 and will be connected to Vitalba processing plant, which has the capacity to process gas from both wells.

The field is currently producing from the Miocene level, A, which is flowing at the rate of 20,000-25,000 standard cubic metre (scm) a day.

The field will continue to produce from level A until June, while levels R and S will be added in early July 2017.

Gas processed from the Vitalba plant is fed directly into the national grid.

"Bezzecca is estimated to contain proven reserves of 2.8 billion cubic feet (bcf) and probable reserves of 4.4bcf of gas."

Saffron Energy has signed an offtake agreement with Shell Energy Italia to supply all gas produced by the company’s fields.

Contractors involved with the Bezzecca has project

TESI Srl was contracted for the construction of the pipeline and tie-in to the gas treatment plant.

Sim di Giuseppe Bello was responsible for the 3D simulation study of the field reservoir, well testing planning and simulation.