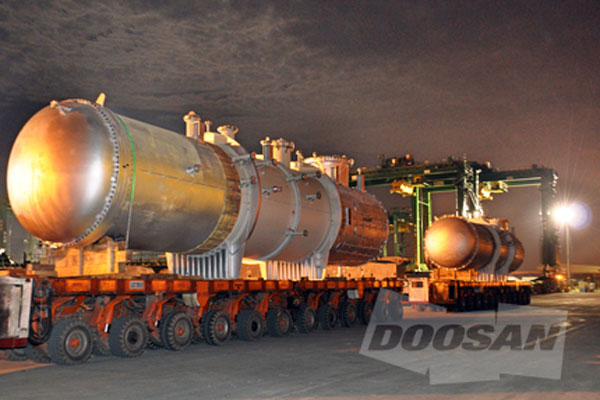 Galkynysh Gas Field (formerly South Yoloten), discovered in 2006, is a name assigned to a cluster of gas fields: South Iolotan, Osman, Minara and Yashlar. Galkynysh is touted to be one of the biggest gas reserves in the world.

The gas field is owned by State Consern (SC) Turkmengas, the state-owned National Gas Company of Turkmenistan. Production commenced in September 2013, marking completion of the first phase of field development.

Each of the existing three gas treatment plants at the field has a capacity to treat ten billion cubic metres (bcm) of gas per year, which is expected to increase to 40bcm per year by 2015.

The front end engineering design (FEED) was carried out by Petrofac with an investment of $100m. Up to 60 contractors and more than 14,000 employees are involved in the project’s development.

Location and reserves of the Galkynysh gas field

The field is expected to hold gas reserves of more than 14 trillion cubic metres.

The gas field is being developed with an investment of $8.5bn. The first phase of development was funded through loans provided by the Chinese Development Bank and revenues of the owner.

The second phase of the project, which is under consideration, will also be funded by the China Development Bank. It is expected to come online in 2018.

The project site covers an area of 1.06 million square metres. Up to six percent of the feed gas from the field contains hydrogen sulphide (H2S).

Sales gases from the three gas desulfurisation plants are co-mingled, metered and exported via a common export pipeline to China.

"Production commenced in September 2013, marking completion of the first phase of field development."

The utilities and offsites, including commissioning works for the central gas processing facility and civil, mechanical, electrical and instrumentation works and installation of the 100km long export sales gas pipeline, were carried out by Tekfen Engineering. The company also carried out the detailed design and engineering works for the 1,300m² central control building.

A boundary security system and terrestrial trunked radio (TETRA) communication system at the project site was provided by Beijing Satellite Science and Technology (BSST), an affiliate of Tri-Tech.

MENARD was awarded the contract to perform soil improvement works using dynamic compaction at the project site. The pre-fabrication and painting works for the project were carried out by Penta Global. Panelised system buildings, pre-engineered steel buildings and containers covering an area of about 35.724m² were constructed by IC& Holding.

Approximately 1,800km of specialised, armoured and hydrocarbon resistant, low voltage (LV) power cables for Petrofac’s new processing plant at the project site were supplied by Nexans, under a contract awarded in August 2011.

The Myanmar-China Pipelines project comprises of the construction of two separate, parallel pipelines for transporting crude oil and natural gas from Daewoo International’s offshore blocks A-1 and A-3 in Myanmar, to China.

Disouq concession is located in the gas rich Nile Delta region of Egypt. It is 100% owned and operated by RWE Dea.