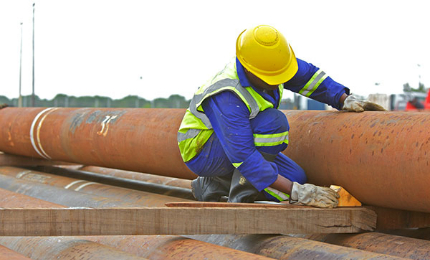 Mozambique Liquefied Natural Gas (LNG) Park is proposed to be constructed in the Afungi peninsula area in Cabo Delgaro Province, Northern Mozambique, constituting the onshore element of the larger Mozambique Gas Development Project. The first LNG sale from the project is scheduled for 2018.

The proposed LNG park will process natural gas sourced from Anadarko’s Offshore Area 1and Eni’s Area 4 located in the deepwater Rovuma Basin. Anadarko and Eni signed a Heads of Agreement (HoA) in 2012 for joint development of the LNG park, while pursuing their offshore development activities separately.

The larger project is estimated to generate approximately 15,000 direct jobs and 685,000 indirect jobs. It will add $39bn a year to the Mozambican economy.

With a maximum capacity of 50 million tonnes a year, the project is expected to propel Mozambique to become the third biggest natural gas exporter after Qatar and Australia.

The Mthombo Crude Oil Refinery project will be located in the Coega Industrial Development Zone near Port Elizabeth in the Eastern Cape of South Africa.

Design details of the LNG park

The proposed LNG park will be constructed on 7,000ha land, which is also known as the Afungi project site. Natural gas produced from the subsea reservoirs will be transported to the LNG facility through a proposed 45km pipeline that will pass through the islands of Rongui and Tecomaji and connect to the north eastern coastline of Afungi peninsula.

Construction of the LNG Park will be carried out in phases. The first phase will involve the installation of two LNG trains, each with capacity of six million tonnes a year. Four more trains of the same capacity will also be added as the gas production increases.

Two storage tanks with a capacity of 180,000m3, condensate storage facilities and a multi-berth marine jetty will be installed. Two LNG export jetties will receive the LNG from the storage tanks through insulated pipes. The LNG will then be loaded into vessels and exported to international markets, mainly in Asia.

The LNG Park will be equipped with ancillary facilities, such as a flare system, temporary and permanent accommodation, fuel gas system, power generation and distribution system, water desalination plant, water wells and water treatment plants, as well as sewage and waste treatment facilities, and communication infrastructure.

A heavy-haul road will be developed to transport construction materials and equipment to the project site. The proposed road will have a length between three and five kilometres and width between 12m and 16m.

An airport with a 3.5km runway is also proposed to be developed at the site. It will accommodate commercial jet airliners and heavy transport aircraft and will include a control tower, terminal, administrative buildings, hangers, refuelling areas, and access roads connecting the airport to the LNG facility.

KBR was awarded a contract for carrying out pre-front-end-engineering and design (pre-FEED) study for the LNG park in 2011. Multiple FEED contracts were awarded in 2012 and 2013.

Based on the results of the FEED studies, the consortium of CB&I and Chiyoda Corporation, joined by Saipem, was selected in May 2015 for the initial development of the project.