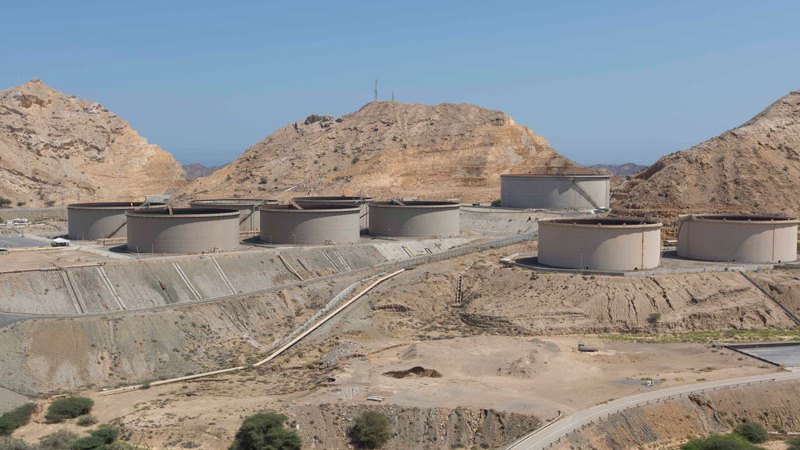 The project was approved through a Royal Decree in January 2016, while the Special Economic Zone Authority at Duqm (Sezad) granted usufruct rights to OTTCO for the development of the facility in June 2017.

Ras Markaz terminal is being developed in five phases. Phase one will have a capacity of 26 million barrels and is expected to be commissioned by the end of 2018.

The total investment for all five phases of the terminal’s development is estimated to be approximately $4.6bn.

The terminal will cover an area of 1,253ha and have a total capacity of 200 million barrels of crude oil upon completion in 2020.

The first phase of the initiative includes the construction of eight tanks with a capacity of 650,000 barrels each.

It is estimated to be conducted via an investment of $1.75bn, including $815m for the crude oil tanks, and $941m for the construction of the marine and other infrastructure facilities.

The tanks for the remaining three phases of the terminal development will be built with an investment of approximately $700m, while basic infrastructure facilities will be completed at an estimated cost of $381m per phase.

The Ras Markaz crude oil storage terminal will include floating platforms and piers for the import and export of oil, a marina for towing boats, and 7km-long undersea pipelines for receiving and exporting oil.

The project will also see the construction of a plant for pumping oil to the tanks, as well as laboratories, control rooms and administrative offices to improve the safety and security of the facilities.

Ras Markaz terminal will be connected to the Duqm refinery and the main oil pipeline located at Nahada.

The new storage terminal will fulfil storage requirements for various customers, including the proposed refinery at Duqm. It will also serve the Indian and African markets on the Indian Ocean.

“The terminal will cover an area of 1,253ha and have a total capacity of 200 million barrels of crude oil upon completion in 2020.”

The terminal will facilitate the blending of crude oil and the loading and unloading of ships at reasonable times, which is expected to help clients reduce logistical costs.

Additionally, the location of the terminal at Ras Markaz provides a geographic advantage, as it will allow free access with an operational capacity of approximately 99%.

Royal HaskoningDHV was selected to provide a FEED package for Phase one of the development.

Bids for the engineering, procurement and commissioning (EPC) of the terminal were invited in February 2017.