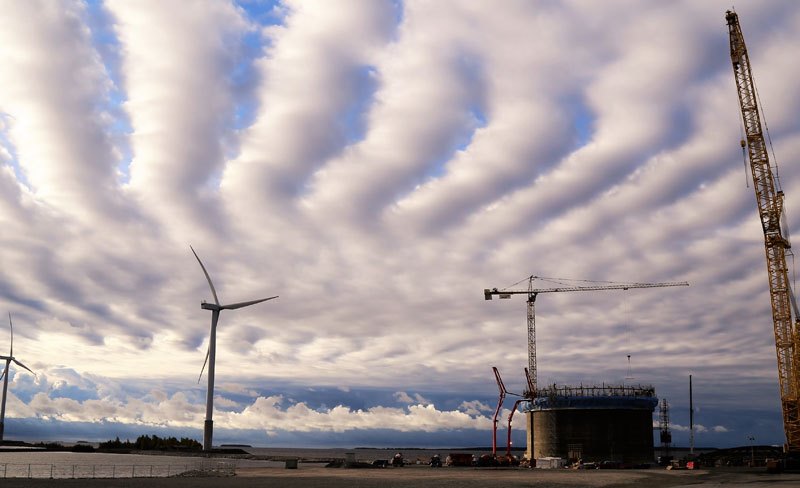 It is set to become the biggest receiving terminal in the Nordic region upon its scheduled completion in April 2018.

The terminal is being developed by a joint venture (JV) between Outokumpu Group, Svenskt Stål AB (SSAB), Skangass and EPV Energy known as Manga LNG.

LNG from the site is also expected be used by industries, mines, and gas consumers located in northern Finland and northern Sweden.

There are plans for the facility to supply LNG to ships operating in the Bay of Bothnia in future.

Environmental impact assessments were required prior to the construction of the terminal, due to its sensitive arctic location. These were completed in August 2013. The final investment decision for the project was made in December 2014.

The LNG terminal will include an LNG tank with a storage capacity of 50,000m³.

The tank will contain 9% of nickel steel in the inner tank and casted concrete on the outer tank. It is designed to comply with European standards.

Tornio Manga terminal will include LNG reception, unloading, bunkering and LNG vaporising facilities, as well as being installed with LNG regasification equipment.

A pipeline system for the distribution of LNG to Röyttä industrial area, and a loading terminal for LNG road tankers, will also be built.

The facility will have a maximum send-out rate of 40t/h with 6.0barg outlet gas pressure, and a ship unloading rate of 3,000m³/h.

It will integrate three LNG in-tank pumps with a transfer capacity of 175m³/h each, and three boil off gas (BOG) compressors with a handling capacity of 3,000kg/h each.

LNG will be transported by road and / or rail from Tornio to customer terminals and consumption points located in northern Finland and Sweden.

The terminal will contain no sulphur, and is to be built in compliance with Sulphur Emissions Control Areas (SECA) regulations.

Earth-moving works were completed and the bottom slab was poured for the project in August 2015.

The construction’s cornerstone was laid at the Port of Röyttä in September 2015.

Construction of fire pumps and the jetty control building, as well as vapour barrier welding and the bottom insulation work on the LNG storage tank were completed in late-2016. Construction works for inner-tank spiral welding began around this time.

Wärtsilä was awarded the engineering, procurement and construction (EPC) turnkey contract in December 2014, which outlined that the company would deliver the Tornio Manga LNG import terminal and provide maintenance services for a ten-year period.

"Tornio Manga is set to become the biggest receiving terminal in the Nordic region upon its scheduled completion in April 2018."

Midroc Rodoverken was awarded a contract to design, supply and install the LNG tank in March 2015.

Norconsult was subcontracted by Midroc Rodoverken to provide design for the full containment LNG tank.

Citec was contracted by Wärtsilä to perform the detailed engineering services for layout, piping, fire-fighting systems and terminal electrification.

Financing for the LNG terminal project

The terminal project is expected to involve an estimated investment of €100m ($160m).

Outokumpu invested €30m ($37.34m) into the project in order to receive LNG from the terminal for use in its Tornio plant.

The Finnish Ministry of Employment and the Economy contributed €33.2m ($41.32m) as financing towards the construction of the project, while project partner SSAB also contributed €7m ($8.6m).