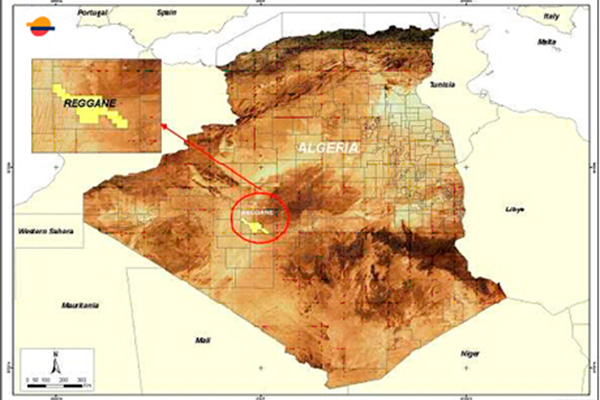 The offshore site is situated 1,500km south-west of Algiers, the capital city of Algeria, which is currently the country with the biggest gas reserves in the world.

The total development cost for the project is estimated to be €2.22bn (approximately $3bn).

Groupement spent roughly $450m on the Reganne development plan from the period 2008-2012.

The Reggane North Development Project forms part of Phase I of the larger Southwest Gas Project, which also involves the development of the Timimoun and Touat gas fields.

The three gas fields began production in December 2017 and will contribute to the country’s gas output target of more than one trillion cubic feet per year by 2018.

Reggane North is expected to be in production until 2041.

In Salah Southern Fields (ISSF) development project is part of the In Salah Gas (ISG) project, which includes the development of seven gas fields located in the Saharan desert in Algeria.

Exploration activities at the site started in 2002 with the grant of the concession rights to Repsol, RWE Dea and Edison the same year.

3D seismic surveys were completed for the project in April 2014, covering an area of 1,450km², and 15 exploration wells were drilled during the exploration phase.

The lifespan of the fields is estimated to be 25 years and a total of approximately 1.7 trillion cubic feet of gas is expected to be produced during this period.

The development plan for the project was approved in November 2011, while the final go-ahead was given by the Algerian national agency ALNAFT (Agence Nationale pour the L’expertise des Hydrocarbures Resources) in February 2012.

Construction works began following the award of the main contract to Petrofac in May 2014 and first production was subsequently achieved in December 2017.

The field was brought into production with the drilling of up to 26 production wells. Surface facilities were also constructed as part of initiative.

The long-term plan for the site envisions the development of up to 104 wells across the six fields.

“The long-term plan for the site envisions the development of up to 104 wells across the six fields.”

In addition, the project saw the construction of a central processing facility with a capacity of eight million  cubic metres per day, 209km of gas gathering systems and a 74km pipeline for exportation purposes.

A variety of infrastructure, including a runway and electrical systems, were also constructed under the plan.

The engineering, procurement, construction, commissioning and start-up (EPCCSI) contract for the gas treatment, accumulation and export facilities was awarded to Petrofac for a sum of $970m.

Sonatrach’s subsidiary National Company of Civil Engineering (GCA Spa) was awarded a contract to conduct works on a road system covering 162km, as well as the construction of an airstrip and the supply of 26 drilling rigs.

Genesis Oil and Gas Consultants performed the basic front-end engineering and design (FEED) for the project.