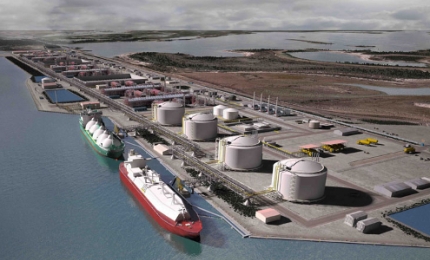 The Rio Bravo pipeline is a natural gas pipeline proposed to be built between the Rio Grande LNG site in Brownsville, Texas, US, and the Agua Dulce market hub area.

It is part of the Rio Grande LNG natural gas liquefaction and export terminal project and will supply the proposed facility with feed gas from the Agua Dulce natural gas hub. The first phase of the project will attract a direct investment of approximately $8bn.

The project will be managed by Rio Bravo Pipeline Company, a special-purpose entity set up by NextDecade to develop and operate the pipeline.

The Rio Bravo pipeline requires a number of permits from both federal and state regulatory bodies before construction can begin. The US Federal Energy Regulatory Commission (FERC) will supervise the permitting process.

"The pipeline construction will begin in June 2017 upon receiving FERC’s approval and operations are expected to begin in the fourth quarter of 2020."

In March 2015, NextDecade placed an official request with the FERC to start the pre-filing process for the LNG and pipeline projects. The request was ratified by the FERC in April 2015. The pipeline construction will begin in June 2017 upon receiving FERC’s approval and operations are expected to begin in the fourth quarter of 2020.

The Rio Bravo pipeline will include two 42in-diameter parallel, underground pipelines between the LNG terminal and the pipeline’s northern terminus. It will have a length of approximately 140 miles (225km), covering a distance of approximately 122 miles (196km) from the terminal (straight-line).

The total throughput capacity of the pipeline will be approximately 4.5 billion cubic feet (bcf) of natural gas a day. Three compressor stations will be installed along its route to maintain the pressure.

The pipeline will supply gas from the highly liquid Agua Dulce natural gas market hub. The Agua Dulce Hub in south-east Texas, which has been operational since 1990, provides gas producers in south Texas with connections to multiple interstate and intrastate pipeline systems.

The project involves the construction of an 8mtpa liquefaction and LNG export facility within the Port of Lake Charles.

The Agua Dulce Hub has nine pipeline interconnects and an estimated throughput capacity of 400MMcf/d.

The pipeline will supply gas to the Rio Grande LNG project, which will be constructed on the northern shore of the Brownsville Shipping Channel, near the Gulf of Mexico.

The Rio Grande LNG terminal will be equipped with six liquefaction trains delivering a total output capacity of 27 million tonnes a year. It will also feature natural gas pre-treatment facilities, four full-containment LNG storage tanks, and truck-loading facilities. Two marine loading berths will also be built at the terminal for receiving and loading the LNG vessels.

In May 2015, Chicago Bridge & Iron (CB&I) was awarded the front end engineering design (FEED), and engineering, procurement and construction (EPC) contract for the Rio Grande LNG project, which also includes the associated pipeline. The scope of work includes all design and engineering services required for the FERC permitting process, and preparing the procurement plan of critical equipment prior to the final investment decision.