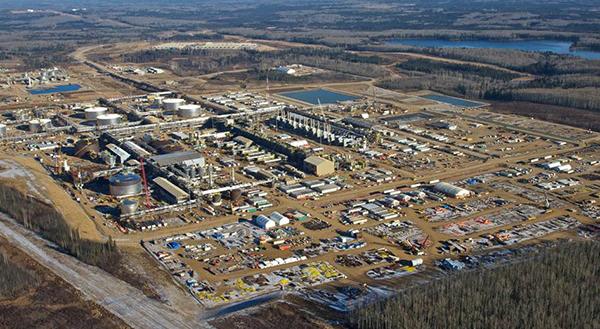 The Surmont site is located approximately 63km south-east of Fort McMurray, Alberta, in the Athabasca oil sands region. It covers an area of approximately 567km².

ConocoPhillips Canada holds a 50% interest in the field and is the operator, while Total E&P Canada holds the remaining 50% stake in the project.

The Surmont Phase 2 project was sanctioned by the partners in January 2010 and construction activities commenced in the same month. It is the biggest SAGD production facility built in a single phase.

Plans are in place to implement additional phases to further enable the production from the facility to reach an ultimate capacity of 283,000 barrels a day for more than 30 years.

History of the Surmont SAGD facility

ConocoPhillips launched the Surmont SAGD pilot project comprising two 350m-long well pairs in 1997, and made the first 3D seismic acquisition in 1998. The third well pair, measuring about 700m, was drilled in 2000.

Peak production from the facility was achieved in the second quarter of 2013.

The partners in the project entered into a terminal services agreement with Enbridge in May 2013, under which, the latter agreed to expand its Cheecham Terminal with an investment of approximately $300m to accommodate the additional production from Surmont Phase 2.

The terminal expansion project involved the installation of two 450,000 barrel blend tanks, conversion of an existing blend tank to accommodate diluent, installation of receipt, and distribution manifolds to facilitate transfers to its Waupisoo Pipeline. An upgrade to the associated measurement equipment also took place.

Details of the SAGD technology

The SAGD technology involves drilling of horizontal well pairs and continuous injection of steam into the upper well to heat the bitumen and reduce its viscosity. The heated bitumen then drains into the lower well along with the hot water.

Bitumen in the lower well is then pumped to the surface where water is separated from the bitumen. The recovered water is treated and recycled to the steam generators while the bitumen is diluted and conveyed by pipeline for upgrading and refining.

Its affiliate, Bantrel Management Services, provided the construction management services for the project.

Certain electrical and instrumentation installation works at the site were performed by Chemco.

PLC Energy was also involved during Phase 1, installing 23km of above-ground pipelines that connected two well pads to the central processing plant, and supplied the equipment modules for water and disposal wells.

The pipe fabrication works and assembly of 99 well pad modules and fabrication of all installed pipe spool were performed by Aecon. The entire carbon steel pipe (seamless, welded, high-yield, and specialty) needed for the project was supplied by Van Leeuwen.
Keller was awarded the contract to supply and install the driven steel pipe piles in CPFs and the field facilities (FF).

SNC Lavalin was contracted to design, build, operate, and maintain a workforce lodge on the site to accommodate 2,500 workers. It further subcontracted ASI Water to improve the existing water and wastewater treatment systems for the buildings.

Construction management services for the water treatment process facilities at the site were provided by Drakken. Aker Solutions supplied a slop oil treater package for the project.

The inspection works for the project installation activities were performed by BlackComb Inspections. The environmental monitoring services at the project site were rendered by Hatfield and Millennium EMS Solutions.