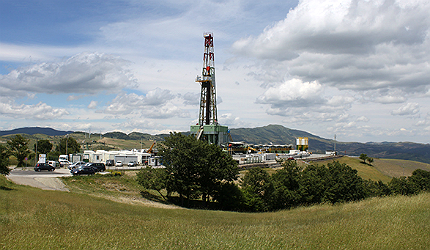 Tempa Rossa is an Italian onshore oil field located in the Gorgoglione concession, in the Basilicata region. It is estimated to contain about 200 million barrels of total proven reserves. The field is anticipated to come on stream in the first quarter of 2016.

The project partners announced the final investment decision for the project in July 2012 after receiving the necessary approvals at the regional and national level.

Discovery and background of Tempa Rossa

Tempa Rossa was discovered in 1989 by the Tempa Rossa-1 well in the southern Apennines. It was discovered by Fina Italiana, a subsidiary of former Belgian oil group PetroFina (merged with Total in 1999).

"Hydrocarbons from Tempa Rossa field are scheduled to be produced through eight wells. Six wells have already been completed."

In March 1998, the Tempa d’Emma-1 well was drilled to a depth of 20,341ft. The well, located in the Tempa d’Emma concession, encountered a gross oil column of 5,321.5ft. It indicated a northern extension of the field.

The field was initially planned for production in 2006 but postponed due to a delay in obtaining final permits. The project was formally launched in September 2006, after completion of the final agreement between the project developer and the Basilicata regional authorities. Initial production was targeted in 2010.

Site preparation work, which was launched in August 2008, had to be suspended after a corruption and bribery investigation was initiated against Total Italia. The charges led to the suspension of Total’s license for one year.

Development activities were resumed in 2010. The Gorgoglione-2 appraisal well was spud in June 2010 and was drilled to a total depth of 13,123ft.

Development of the Italian oil field

Hydrocarbons from Tempa Rossa field are scheduled to be produced through eight wells. Six wells have already been completed.

Five of them are located in the Corleto Perticara and the sixth well is located in Gorgoglione. The remaining two wells will be drilled after receiving the necessary clearances from the authorities.

The new processing facility will be connected to the Val d’Agri-Taranto pipeline. The pipeline will transport processed oil to the ENI-operated Taranto refinery for export.

The central processing facility is to be built in Corleto Perticara. It will be fitted with different equipment to convert the produced hydrocarbons into various sub-products, such as crude oil, gas fuel, sulphur and LPG. The products will be manufactured as per commercial specifications.

"An LPG storage facility will be located near the town of Guardia Perticara, Potenza."

The processing facility will be able to produce 50,000 barrels of oil each day at its peak. About 230,000 cubic metres of natural gas, 240mt of LPG and 80t of sulphur will also be produced.

An LPG storage facility will be located near the town of Guardia Perticara, Potenza. The facility will include two underground tanks, each with a storage capacity of 1,500 cubic metres.

It will also include four loading bays with pumps for the easy transfer of stored gas into tankers.

In May 2010, AVA was contracted to provide its high-performance AVAPOLOIL water-based mud system for work on the Gorgoglione-2 well.

In April 2012, two subsidiaries of Maire Tecnimont, Tecnimont and Tecnimont KT, were awarded a contract to provide engineering, procurement and construction (EPC) services for the processing facilities of the field. Scope of the €600m contract also includes construction of the LPG storage facility, creation of surface facilities on the well pads and tying-in the flow lines and pipelines to the existing Snam Rete Gas and Taranto refinery pipeline.

The North Adriatic LNG terminal (Isola di Porto Levante) is a major import terminal positioned off the north-east coast of Italy – 17km offshore in 30m of water – between Venice and Punta della Maestra in Rovigo.