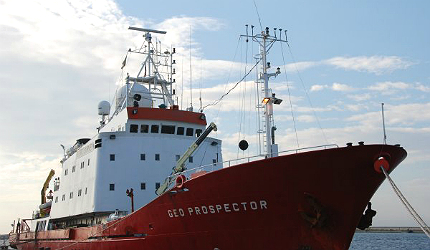 A consortium of Sonatrach, Edison, Enel and Hera Group is developing a gas pipeline, which will run from Algeria to Italy via Sardinia. Also known as Galsi (Gasdotto Algeria – Sardegna Italia), the pipeline will stretch to a length of 837km. Nearly 565km of the pipeline will be offshore across the Mediterranean Sea, while 272km will be onshore.

The consortium established a new company called Galsi in 2003 to develop the pipeline. Sonatrach owns the largest share of 41.6% interest in Galsi, while Edison has 20.8% interest, Enel has 15.6% interest and Hera has 10.4%. The region of Sardinia owns the remaining 10.4% stake.

The pipeline will have a capacity of eight billion cubic metres each year. The offshore section will be laid at a depth of 2,885m, making the project one of the deepest in the world. The pipeline project is expected to require an investment of €2bn ($2.5bn).

Galsi has signed an agreement with Snam Rete Gas to build, own and operate the Italian section of the pipeline.

The project will enable Algeria‘s huge gas reserves to be supplied to northern Italy and Europe. Italy is currently dependent on imports to meet 90% of its energy needs. It imports nearly 35% from Algeria, through the Transmed pipeline. The Galsi pipeline is expected to increase the security of gas supply for Italy. It will supply gas from Algeria‘s Hassi R’Mel field.

“The pipeline will have a capacity of eight billion cubic metres each year.”

Construction of the project was originally scheduled to commence in 2012, with completion lined up for 2014. The project, however, faced number of technical and economic challenges, which have delayed its start-up.

The front end engineering design for the pipeline was completed in 2009. In March 2011, Galsi received a positive response from Italy’s Ministry of the Environment for the Environmental Impact Assessment study of the project.

Start of construction has been delayed because of gas pricing issues. Sonatrach has declined to commit to the project until firm contracts are received and the gas pricing issue is resolved. Final investment decision on the project is expected to be taken towards the end of 2012.

Sections making up the gas pipeline

“The pipeline project is expected to require an investment of €2bn ($2.5bn).”

The Algeria-Sardinia section will be 285km long and will be installed at a maximum depth of 2,824m. The pipeline section will have a design pressure of 182bar and a diameter of 26in.

The Sardinia section will be 272km long. It will have a design pressure of 75bar and a diameter of 48in.

The 280km Sardinia-Tuscany section will be installed at a depth of 878m. It will have a design pressure of 200bar and a diameter of 32in.

Route details for the cross-border project

The pipeline starts from Koudiet Draouche near the Annaba Gulf in Algeria and connects to the Algeria-Sardinia undersea section. In Sardinia, the pipeline reaches Porto Botte, from where it then traverses south to north to reach Olbia.

At Olbia, the pipeline connects with the Sardinia-Tuscany undersea section. It terminates at Piombino in Italy, where the gas will be delivered to the national gas distribution network.

Infrastructure of the Algeria-Sardinia-Italy pipe

“The Sardinia section will be 272km long. It will have a design pressure of 75bar and a diameter of 48in.”

Four studies have been carried out to verify the technical feasibility of the project. These included a feasibility study (2003-2006), marine survey and environmental impact study (2007-2008), Posidonia and SIN (Sites of National Interest) studies (2009), and preliminary assessment of archaeological risk and natural environment impact assessment (2009).

The offshore sections of the pipeline will be laid using S-lay and J-lay methods. The onshore sections will be laid in trenches three metres deep and 2.5m in diameter. A side-boom crane will be used to lay the pipe into the trench. The right of way will be restored to its original environmental conditions after the laying of the pipe.

Advanced techniques will be used to lay the pipeline in environmentally sensitive areas. Post-burying will be done for the sea sections at Porto Botte, Olbia and Piombino. This technique involves laying the pipe on the sea floor and then digging a bed underneath it, using special machinery, into which the pipe gradually sinks. The excavated material is then refilled to cover the pipe.

At the Sardinian north landing area, microtunneling will be used for laying the pipeline. This technique includes the digging of an underground tunnel at a depth of nine metres, into which the pipe will be inserted.

The project also includes the construction of two compressor stations. One of them will be located at Koudiet Draouche. It will bring the gas to the right pressure for injection into the Algeria-Sardinia undersea section.

The second compressor will be located at Olbia to pump the gas into the Sardinia-Tuscany undersea section. It will include two compressor units with a capacity of 26MW each. Office buildings and a maintenance workshop will be located near the compressors.

J P Kenny carried out the Pre-FEED study for the project. The scope of work included identification of optimum pipeline configuration, assessment of feasibility of the pipeline and determination of the project’s timeline and cost.

D’ Appolonia was contracted to study the environmental impact of the onshore section and the offshore sections, located near the coast. EPConsult carried out the deepwater and onshore studies.

Fugro was awarded a €18m ($22.5m) contract to carry out detailed marine surveys. The studies were carried out using Fugro’s Geo Prospector vessel and an Autonomous Underwater Vehicle. Maire Tecnimont, Saipem and Technip carried out the FEED studies for the project.

Oil and gas pipelines are branching out, as more and more countries rely on imports for their energy supplies.

Effectively foreseeing threats to pipelines can avert spills and ruptures while saving money and lives.

The Medgaz pipeline is a 210km subsea pipeline between Beni Saf in Algeria and Almería in Spain.