65,000boe/d, including six million cubic metres of gas and 25,000boe/d of liquid hydrocarbons 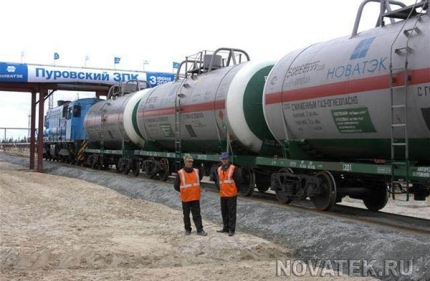 The Termokarstovoye gas and gas condensate field is located 30km from Krasnoselkup in the Yamalo-Nenets autonomous district in Northern Siberia, Russia. Discovered in 1988, the field is spread across approximately 140km². Its licence is owned by Terneftegaz, which was formerly a wholly subsidiary of Russian company Novatek.

Total bought a 49% stake in Terneftegaz to form a joint venture with Novatek for the exploration and development of the Termokarstovoye field in February 2010.

The field started commercial production in May 2015 and is estimated to reach its planned production level of 2.4 billion cubic metres of natural gas a day, and 0.8 million tonnes (Mt) of de-ethanised gas condensate a year, by June 2015.

"The reserves include 47.3 billion cubic metres of natural gas and 10.3 million tonnes of liquid hydrocarbons."

The onshore infrastructure includes a gas gathering network, a gas treatment plant and a gas condensate de-ethanisation facility, which have been built to adapt to extreme arctic conditions.

The field holds 396.8 million barrels of oil equivalent, according to estimates from December 2008. The reserves include 47.3 billion cubic metres of natural gas and 10.3 million tonnes of liquid hydrocarbons.

The reserves are located in five reservoirs, which are approximately between 2,550m and 3,000m deep. The biggest reservoir has an area of approximately 80km².

A horizontal well was drilled in the Jurassic layers of the field in 2010, in order to gauge the potential reservoir productivity.

The field development activity, which began at the end of 2011, involved directional drilling of 22 gas condensate wells located on four different pads.

The field is inaccessible for almost two-thirds of the year due to harsh weather conditions. It is in a very limited time frame that most of the equipment was transferred by snow roads. Drilling in such permafrost conditions was also a challenge that Novatek and Total met successfully.

The facility is furnished with four adsorbers with reinforcing blocks, for natural gas deliquification or drying of natural gas. Each adsorber weighs more than 70t, has 90mm-thick shell walls and a 50mm-thick bottom, and is equipped with the necessary framing and five-level of maintenance platforms.

Processing at the Purovsky plant

Two separate pipelines have been built to transport the gas and gas condensate produced by the field.

A 180km-long pipeline carries the gas condensate to the Purovsky plant, which processes it into de-ethanised or unstable gas condensate. The plant, established by Novatek in 2005, was expanded twice in 2008 and 2011 to ultimately reach a capacity of 11Mt.

Key players involved with the development of the Termokarstovoye gas field

The wells on the Termokarstovoye field were drilled by Gazprom Drilling, under a drilling contract awarded by Terneftegaz in 2012.

Novatek signed a long-term cooperation agreement with Rosneft in 2005 to jointly develop and use the transport and downstream infrastructure facilities for Rosneft’s fields in the Kiynsko Chaselskiy licence area and Novatek’s Termokarstovoye field. As part of the agreement, the two pipelines built as part of the Termokarstovoye project are connected to Rosneft’s pipeline system at appropriate points of entry.

Rosneft also provides services as part of the agreement, including preparation, processing and rail shipment of Termokarstovoye gas condensate.