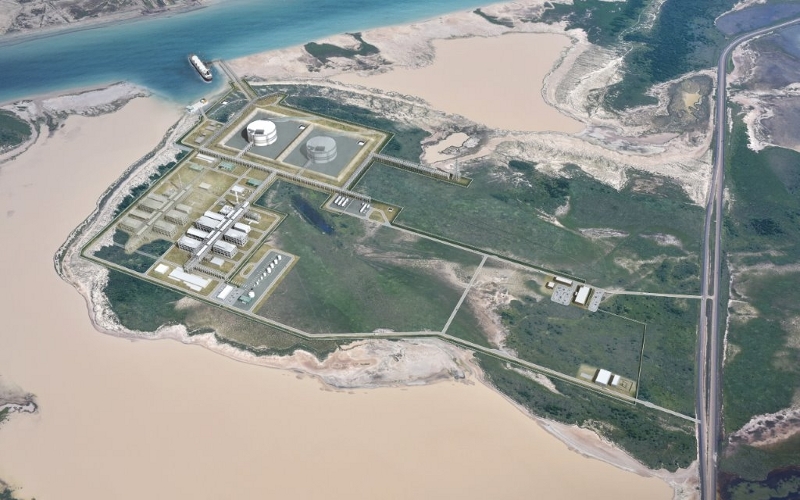 Texas LNG plans to construct and operate a liquefied natural gas (LNG) processing facility at the Port of Brownville in south Texas, US. The new facility will process treated pipeline gas obtained from the US natural gas network.

The LNG processing facility will occupy 625 acres (253ha) of land on the north shore of the Brownsville’s deepwater ship channel, approximately 7km away from the Gulf of Mexico. It will produce 3.6 million tonnes a year (Mt/y) of LNG for export to free trade area (FTA) and non-FTA markets when fully operational.

Texas LNG received approval from the US Federal Energy Regulatory Commission (FERC) to begin the pre-filing process for the project in April 2015.

The project is expected to generate 600 jobs during construction and approximately 80 full-time jobs during operations. Onshore construction will be minimised, and local labour, suppliers and resources will be utilised for the civil works.

The Port of Brownsville was chosen to build the LNG facility as it allows for the export of gas from the US gas grid, covering a number of large producing regions, including the Eagle Ford fields of south-west Texas and others.

The location also offers a broad waterfront to the ship channel, which ensures the passage of conventional LNG carriers.

The new LNG facility at the Port of Brownsville will be developed in two phases. The first phase will be designed and built to produce 1.8Mt/y of LNG from approximately 0.28 billion cubic feet a day (Bcf/d) of feed gas sourced from the US natural gas system.

Phase two will be developed at a later stage, bringing an additional production capacity of 1.8Mt/y.

The project will include the installation of LNG liquefaction modules at the entrance of the deepwater Brownsville ship channel.

The LNG will be unloaded from the tanks onto standard-sized LNG carriers located alongside the facility.

The liquefaction modules will be assembled offsite by an experienced and qualified shipyard. The plant will be designed with an emphasis on minimising the environmental impact on the region.

The Texas LNG facility will employ Honeywell’s UOP Amine Guard FS process to minimise the production of acid gas and its adsorbents to remove water, mercury and sulphur from the natural gas, which is the primary requirement for LNG transportation.

"The project is expected to generate 600 jobs during construction and approximately 80 full-time jobs during operations."

The Amine Guard FS process reduces carbon dioxide, hydrogen sulphide and other sulphur components from natural gas. It can be customised based on the application and the quality of feed gas.

The Honeywell UOP adsorbents will remove the contaminants by size and polarity, and act as purifying agents for distilling liquids and gases.

BNP Paribas was appointed as financial adviser for the Brownsville LNG project in August 2015. Samsung Engineering and Braemar Engineering are the engineering partners in the project and will provide all technical and engineering services to build the facility.

Air Products will provide liquefaction technologies, whereas Honeywell UOP will deliver gas pre-treatment process units for the project. Matrix PDM will deliver the LNG storage tanks, while Moffatt & Nichol will be responsible for the marine construction.