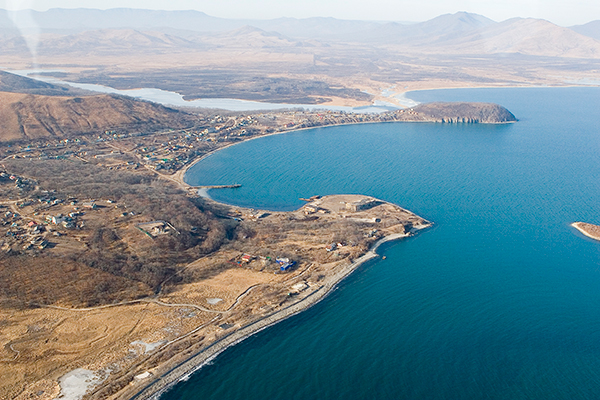 Vladivostok LNG project is a liquefied natural gas (LNG) plant proposed to be set up by Gazprom near Vladivostok.

The $13.5bn investment plan includes infrastructure such as a port, gas pipeline and power station apart from the LNG plant.

To be located in the Khasan district of the Primorye territory, the plant aims to supply first gas by 2018.

An investment rationale for the project was composed in March 2012 that was approved by the Gazprom management committee in 2013, signalling transition of the project to the investment stage.

An action plan devised for the project and its resource base was accepted in 2013 and a company named Gazprom LNG Vladivostok was registered for implementing the planned project.

"The $13.5bn investment plan includes infrastructure such as a port, gas pipeline and power station apart from the LNG plant."

Gazprom has a 5% share in the global LNG market with supplies to ten countries. It intends to increase the share to 15% by setting up the proposed LNG plant in Vladivostok.

The project is planned to enhance Russia’s role in the Asia Pacific market, especially Japan.

Gazprom and the Japanese Agency for Natural Resources and Energy (ANRE) entered an agreement in 2005 for co-operation in the development of the gas sector.

A feasibility study on the Vladivostok LNG project was conducted in 2011 by Gazprom and ANRE in collaboration with Japan Far East Gas Company. The investment rationale was compiled based on the study’s results.

Gazprom and ANRE further signed an agreement in September 2012 that included the project’s promotion, financing and gas trading details.

The LNG plant will receive gas from the Sakhalin III project, and Yakutia and Irkutsk gas production centres.

The proposed project benefits from its access to a superior resource base. Gazprom’s gas reserves in the Sakhalin region and the Yakutia and Irkutsk gas production centres are more than 4.6 trillion (tr) m³.

One of the major suppliers for the project will be the Sakhalin region, which comprises the Kirinsky, Ayashsky, Vostochno-Odoptinsky blocks and the Kirinskoye field with a total of 1.1tr m³ gas reserves.

Gas will be transferred through Gazprom’s Sakhalin – Khabarovsk – Vladivostok gas transmission system and in due course via the planned power of Siberia gas pipeline.

The gas supply will start from Sakhalin and cross the Nevelsky Strait, traversing Komsomolsk-on-Amur and Khabarovsk, terminating at the Vladivostok LNG plant.

The LNG plant and its supporting facilities will be constructed in the Khasan district of the Primorye territory on the Lomonosov Peninsula.

VNIPIgazdobycha, a Russian company providing design, survey and research services for the oil and gas industry, was chosen as the general designer of the LNG plant.

WorleyParsons has been selected by Gazprom’s subsidiary, VNIPIgazdobycha, as the engineering consultant for the project.

The scope of work includes carrying out front-end engineering design (FEED) for the two train LNG project. WorleyParsons will also provide technical support on an ongoing basis during assessment by the state.