1.4 trillion cubic metre of gas and 87 million tonne of liquid

25 billion cubic metre of gas and 1.9 million tonne of oil a year
Expand 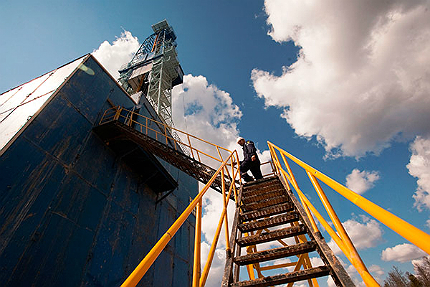 The Chayandinskoye oil and gas condensate field is located in the Lensk district of Sakha (Yakutia) Republic in Russia. The onshore field, also known as the Chayanda field, is being developed by Gazprom.

The onshore oil and gas field development forms a key part of the $38bn project to build the Yakutia gas production centre, along with the Yakutia-Khabarovsk-Vladivostok pipeline. The integrated project is expected to create 15,000 construction jobs.

The first oil production from the Chayandinskoye field was achieved in 2015 and gas production is expected to start in late-2018. The field development cost is estimated to be $13.66bn.

The Chayandinskoye field was identified as a strategic asset for Russia’s Eastern Gas Programme, which was initiated in September 2007.

The programme envisages an integrated system for production, transportation and supply of gas in Eastern Siberia and the Far East while exploring the export potential to Asia-Pacific countries.

Eastern Russia accounts for 60% of the Russian Federation’s total geographical area. The region has an estimated gas resource of 52.4 trillion cubic metres, but only 7.3% of the onshore area has been explored so far.

Gazprom was appointed by the federal government to execute the Eastern Gas Program that includes new production centres in Krasnoyarsk, Irkutsk, Yakutia, Sakhalin and Kamchatka in Eastern Russia, along with associated pipelines and processing plants.

Gazprom received the research and exploitation licence for the Chayandinskoye field in April 2008.

Gas reserves at the Chayandinskoye field were increased by 251.3 billion cubic metres with the geological exploration carried out in the field between 2010 and 2011. The final investment decision on the field development and the Yakutia-Khabarovsk-Vladivostok gas pipeline was adopted in October 2012.

Discovered in 1989, the Chayandinskoye oil and gas field is hosted towards the south of the Siberian platform within the Nepa arch. The field belongs to the Nepa-Botuobinsky oil and gas area, which contains rich hydrocarbons reserves.

The gas from the Chayandinskoye field comprises 86% methane and up to 8%nitrogen. The oil rims of the reservoir contain heavy oil, tar and paraffin. The gas field also contains 1,400 million cubic metres of helium reserves.

More than half of the field’s reserves are classified as proven. The complete geological exploration of the field was completed by 2015. Drilling of more than 20 exploration wells and the 3D seismic surveys for 3,700km² of area have been conducted.

More than 300 gas and 140 oil wells are planned to be drilled as part of the Chayandinskoye field development. The production complex will involve four pre-treatment units, one comprehensive gas treatment unit and one oil treatment unit. The field will be operated with three booster compressor stations.

"Gazprom received the research and exploitation licence for the Chayandinskoye field in April 2008."

The Chayandinskoye field is expected to produce up to 1.9 million tonnes of oil a year.

The helium content of the Chayandinskoye gas will be conveyed to the helium plant in Belogorsk with the use of membrane technology for helium separation.

A memorandum of understanding has been signed, in this regard, with Matheson, which will not only buy helium from the field but also provide Gazprom with the knowledge and expertise for helium production. Linde has also signed an agreement to buy helium from the Belogorsk plant.

Gas produced from the Chayandinskoye field will be conveyed through the Yakutia-Khabarovsk-Vladivostok pipeline. The 3,200km new gas pipeline will run parallel to the existing Eastern Siberia-Pacific Ocean oil pipeline. The new pipeline, with a diameter of 1.42m and working pressure of 9.8 megapascals (MPa), will have an annual throughput of 61 billion cubic metres.

An 800km gas pipeline between Irkutsk and Yakutia has also been planned to join the Yakutia-Khabarovsk-Vladivostok pipeline, to convey the gas from Kovykta field, which will be developed in the next phase.

A liquefied natural gas (LNG) plant at Vladivostok is planned to be built for gas exports from Eastern Russia.