Main Contractor for the MGC 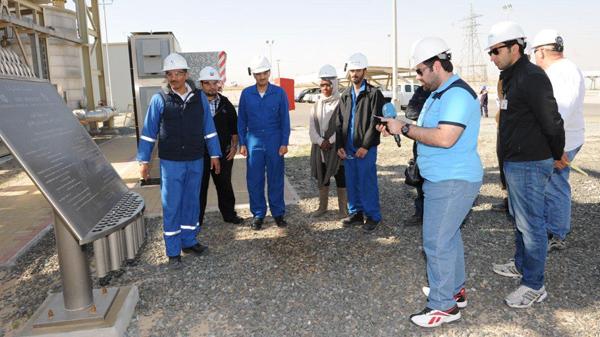 Wafra oilfield is located within the Onshore Partitioned Neutral Zone (PZ) in the southern part of Kuwait. Covering an area of around 5,000km², it comprises four more discoveries: South Fuwaris, South Umm-Gudair, Humma and Arq.

Wafra, South al-Fuwaris and South Umm Qudair fields are operated by Wafra Joint Operations (WJO), a 50:50 joint venture of Saudi Arabian Chevron (SAC) and Kuwait Gulf Oil Company (KGOC). Hydrocarbons extracted from the area, which straddles both the State of Kuwait and the Kingdom of Saudi Arabia, are equally divided between the two countries.

WJO had initiated certain projects to enhance production from the field over the years. These are ongoing and a few more are planned, with the largest ongoing project being the Large Scale Pilot (LSP) steamflood development.

Crude oil from the field is gathered through flow lines in the field’s sub-center (SC) and then sent to the main gathering centre (MGC) at Wafra for processing. A pressure maintenance plant (PMP) is also located at the site, which processes water produced for injection and disposal.

Wafra oilfield was discovered in 1954 by the former operators American Independent Oil (Aminoil) and Getty Oil. Kuwait Oil Company (KOC) acquired Aminoil’s interest in the PZ in 1977 and Getty Oil was acquired by Texaco in 1984. Texaco and Chevron merged in 2001 and the company was named Saudi Arabian Chevron in 2007.

A simple steam stimulation test at the Wafra oil field was performed in 1999, followed by a small-scale test in 2008. The first steam injection under the $340m LSP steamflood project at the Wafra field was achieved in June 2009, which targeted the 1st Eocene carbonate reservoir. The first phase of the project involves drilling of 16 injection wells and 25 producing wells, as well as installation of water-treatment and steam generation facilities.

"The first phase of the project involves drilling of 16 injection wells and 25 producing wells."

FEED activities for expansion of the project started in September 2013, targeting the 2nd Eocene carbonate reservoir. These projects are being performed to test the viability of a full-field steamflood application. FEED work for the first area of the larger Wafra Steamflood Project (WSP) is expected to start in 2015.

Drilling activities, well maintenance and numerous facility enhancement programmes started at the field site in 2013. Evaporation pits at the oilfield are also expected to be reclaimed, remediated and restored by 2019.

Front-end engineering and design (FEED) for the PZ area’s Central Gas Utilization project is underway, with the final investment decision for the project is expected to be made in late-2014.

WesternGeco has been contracted to carry out a 4,612km² 3D seismic survey of the onshore PZ area. The company is implementing its proprietary UniQ integrated point-receiver land seismic system with over 150,000 channels.

The field’s main gathering centre (MGC) was rebuilt in 1999. A modernisation project for the MGC began in April 2014. Scheduled for completion in September 2015, the project will replace many of the facility’s heaters, coolers, pumps and other equipment.

The KRW175.7bn ($160m) modernisation contract for the MGC has been awarded to SK E&C. Paladon Systems was awarded a contract in April 2013 to supply pneumatic and hydraulic actuators for the Wafra oilfield.