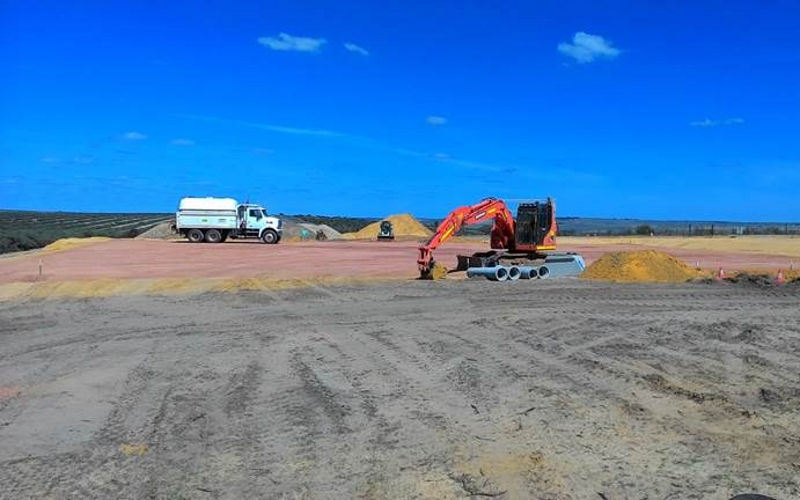 Waitsia Gas Project is being developed jointly by AWE and Origin Energy to bring the Stage 1A of the project online by mid-2016, with an initial production capacity of ten tera joule (TJ) of gas per day.

Construction began with the start of groundwork for the gas pipeline in April 2016. The first gas from the Waitsia field is expected to be produced during an extended production test in August 2016.

The Stage 1A development phase includes the installation of new infrastructure and upgradation of the existing infrastructure to connect the Waitsia-1 and Senecio-3 wells to Xyris Production Facility (XPF) and construction of pipelines.

The total cost for the engineering, execution and management of Stage 1A of the project is estimated to be $17.5m.

Waitsia gas project is located within production licence PL1 in the northern Perth Basin on the rural land, approximately 340km north of Perth and 16km south of east Dongara.

Details of the Waitsia gas project

The Waitsia field was discovered in September 2014 during the drilling of Senecio-3 well. The field is considered to be the biggest conventional gas play in the Kingia and High Cliff Sandstone formations, with approximately 178 billion cubic feet (Bcf) gross 2P reserves and 306Bcf gross 2C resources.

"The total cost for the engineering, execution and management of Stage 1A of the project is estimated to be $17.5m."

The project includes the wellhead compounds Senecio-3 and Waitsia-1, and bunded chemical injection facilities within a fenced area with locked vehicle and personnel gates. These wellheads are connected to the buried gas flowlines through the above-ground pipeworks, while flowlines and instrument airline connect the wellheads to the Northern Hub.

The Northern Hub is a facility within fenced area with locked vehicle and personnel access gates, where the incoming fluid from the wellheads is combined and passed into Waitsia pipeline (PL111).

The Waitsia Pipeline connects the Northern Hub to the Xyris Production Facility (XPF). It will have a pig launcher at the Northern Hub and a pig receiver at the upstream connection point to the XPF. The XPF is further connected to Parmelia pipeline through the Xyris pipeline and the condensate from the XPF is transported to Dongara Production Facility (DPF) condensate storage tanks through DPF condensate loading bay.

The Waitsia gas project will be operated from the Hovea Production Facility (HPF), and approximately 15kL/week of produced formation water (PFW) from XPF will be transported to the bunded loading bay of HPF evaporation pond or HPF Turkey’s Nest.

AWE and its contract operator Upstream Production Solutions will be responsible for the commissioning and operation of the project. The engineering, procurement and construction management (EPCM) contract for the project has been awarded to Enscope EPCM.

Benefits of the Waitsia gas project

The Waitsia gas field will produce approximately 10% of Western Australia’s annual domestic consumption, which will attract additional investments in mid-west and pay royalties to the government.

AWE will provide economic benefits to the mid-west region by engaging local contractors and businesses in the development.