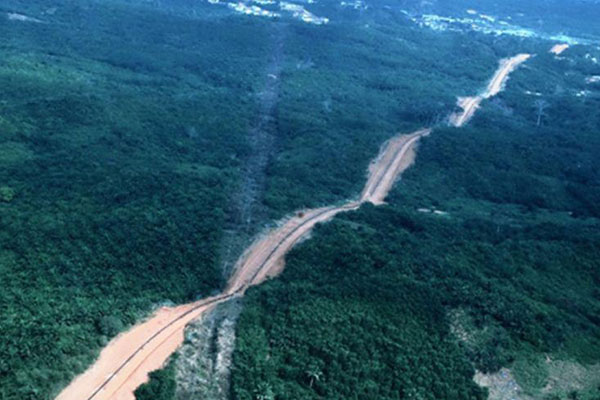 The Western Corridor Gas Infrastructure Development project, which will integrate offshore and onshore elements, is being developed in several phases, to evacuate and process gas from the Jubilee offshore gas field and recently discovered offshore fields in Ghana.

The project will eliminate the current practice of flaring and reinjection of gas into the reservoirs.

Completion of commissioning activities for the first phase of the project, dubbed as the Ghana Early Phase Gas Infrastructure Development Project, was completed in April 2015. Front end engineering and design (FEED) for phase two started in June 2015.

Phase two is being developed to enable the export of natural gas liquids (NGL) and condensates using offshore facilities, providing a safer alternative to the current use of existing road tankers.

"The project will eliminate the current practice of flaring and reinjection of gas into the reservoirs."

The project is being developed by Ghana National Gas Company (Ghana Gas). A national gas commercialisation infrastructure system was recommended by the National Gas Development Task Force, commissioned by the president of Ghana in 2011.

Based on results from the Task Force’s report, Ghana Gas was incorporated in July 2011 to build, own and operate natural gas facilities in the country.

The onshore pipeline system includes a 20in diameter and 111km-long main pipeline stretching between the Atuabo Gas Processing Plant and Volta River Authority’s (VRA) power plant at Aboazi in the Takoradi metropolis.

It also includes approximately 75km of lateral pipeline stretching between the gas distribution station in Esiama, midway of the main pipeline, and a regulating and metering station in Prestea.

The gas processing plant is designed for a capacity of 150m standard cubic feet a day (mmscfd) of natural gas and will additionally process liquefied petroleum gas (LPG) and isopethain.

Phase one involved the construction of an NGL export pipeline from the processing plant to Domunli, a catenary anchor leg mooring (CALM) buoy at Domunli.

In addition, access roads and culverts were constructed from the nearest existing roads to the regulating and metering stations, as well as valve stations of both main and lateral pipelines.

The 1,600m³ office complex is in Alabokazo, midway between the gas processing plant and gas distribution station at Esiama.

Phase two will involve the construction of NGL storage facilities at Domunli, with a storage capacity for approximately 15 days, and a jetty loading and unloading system to export NGL and condensates to Lema using ships.

The capacity of the natural gas processing plant will also be increased to 350mmscfd in phase two.

A $1bn loan facility was secured for the project from the Chinese Development Bank (CDB), as part of CDB’s Comprehensive Project Finance Facility for Ghana amounting to $3bn, through the Ministry of Finance and Economic Planning (MoFEP).

The government of Ghana will raise 15% of the total amount, while the CDB will fund the remaining 85%.

The engineering, procurement, construction and commissioning (EPCC) contractor for the project is Sinopec, and the project management consultant (PMC) is Aecom. Velosi Ghana and Worrall Lees Associates served as the PMCs for the project prior to the appointment of Aecom in 2013.

The gas processing plant and its ancillary components were prefabricated by Thermo Engineering Design (TDE) in Canada.

Frandesco West Africa (FWAL) subcontracted MFS – SGPS for the fabrication and supply of concrete and steel reinforcement for foundation pile construction of the plant.