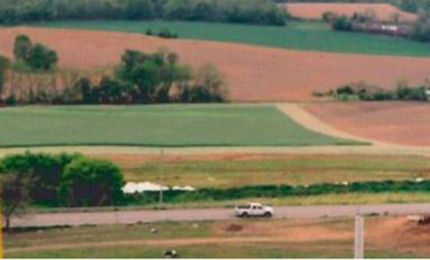 The Atlantic Sunrise Natural Gas Pipeline project involves the expansion of the existing 10,200mi (16,415km)-long Transco pipeline, which transports approximately 10% of the natural gas in the US – the world’s fifth biggest natural gas reserves-holder.

The project is being designed to connect the burgeoning Marcellus shale gas producing regions in northern Pennsylvania to markets in the MidAtlantic and south-eastern states. It will extend the Transco pipeline to Susquehanna County and enable the transportation of an additional 1.7 billion cubic feet (bcf) a day of natural gas, which will be sufficient to serve approximately seven million homes.

Field survey works on the project commenced in mid-2014 and an application was filed for the project in March 2015 by Transcontinental Gas Pipe Line Company (Transco), a wholly-owned subsidiary of Williams Partners. The application is expected to be approved by the Federal Energy Regulatory Commission (FERC) in early 2016.

Construction works are expected to start in mid-2016 and be completed in the second half of 2017. The total development cost of the project is estimated to be $3bn.

The project will also involve the installation of two new pipeline segments (loops) with a total length of about 12mi (approximately 19.31km), namely Chapman Loop and Unity Loop, that will be looped to the existing Transco Leidy Line in Pennsylvania, 2.5 miles of existing pipeline replacement in Virginia, and upgrades to certain existing pipeline in Pennsylvania, Maryland, Virginia, North Carolina and Georgia to enable bi-directional gas flow.

"The project is being designed to connect the burgeoning Marcellus shale gas producing regions in northern Pennsylvania to markets in the MidAtlantic and south-eastern states."

The greenfield segment of the pipeline will be jointly owned by Meade, which is owned by WGL Midstream, COG Holdings, Vega Midstream MPC and River Road Interests along with Transco. WGL Midstream has agreed to invest approximately $410m to acquire a 55% ownership interest in Meade.

Seneca Resources has also signed a precedent agreement (PA) with Transco in January 2014 for 189,405Dth a day of transportation capacity from the project for a period of 15 years.

The Transco pipeline was originally constructed in the early 1950s to transport gas from the Gulf Coast to the East Coast. It delivers natural gas to 12 south-east and Atlantic Seaboard states in the US, including major metropolitan areas in New York, New Jersey and Pennsylvania. It has a peak designed capacity of 10.2bcf a day and features 56 compressor stations along the entire route.