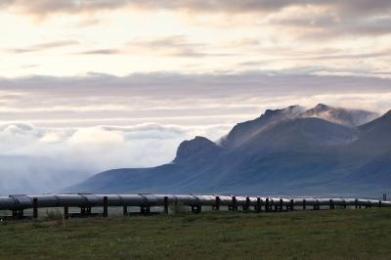 Petrochemicals firm Ineos announced plans to invest $1bn in shale gas exploration and appraisal in the UK, in an effort to source indigenous gas for its processing plants.

The company has bid for licences in the UK Government’s 14th onshore round, the majority of which are in Scotland and northern England.

Ineos will be the biggest player in the UK shale gas industry if it wins all the licences it has applied for, it said.

CorEnergy to buy 263-mile MoGas pipeline in US

CorEnergy Infrastructure Trust agreed to acquire the ownership and operations of the MoGas Pipeline System in the US for $125m.

The 263-mile pipeline originates in northeast Missouri and extends into western Illinois and central Missouri.

It supplies natural gas in and around the St. Louis region and to small municipalities across central Missouri.

Gazprom has signed a $400bn contract with China National Petroleum (CNPC) to supply 38 billion cubic metres of gas annually for the next 30 years.

Gas will be delivered through the Power of Siberia trunk line featuring the Yakutia and Irkutsk production centres, which were constructed to supply gas to Russia’s Far East and China. Gazprom said $55bn will be invested in the construction of new production and transmission facilities.

Gazprom management committee chairman Alexey Miller said: "Russia and China have signed the biggest contract in the entire history of the USSR and Gazprom; over 1 trillion cubic metres of gas will be supplied during the whole contractual period."

The deal includes all of Hess’ retail locations, transport operations and shipper history on various pipelines, including around 40,000 barrels a day on the Colonial Pipeline.

Hess CEO John B Hess said that sale of the company’s retail business marks the culmination of strategic transformation into a pure-play exploration and production company.

The European Commission proposed a recommendation for member states aiming to ensure that proper environmental and climate safeguards are in place for fracking.

The rules aim to help member states wishing to use the practice to address health and environmental risks, while improving transparency for citizens.

Accompanied by a communication that considers the opportunities and challenges of using fracking to extract hydrocarbons, the recommendation also lays the ground for a level playing field for industry and establishes a clearer framework for investors.

Spanish oil firm Repsol completed the $4.1bn sale of its LNG assets in Peru, and Trinidad and Tobago to Shell after obtaining relevant authorisations.

In October 2013, the company had sold its stake in Bahia Bizkaia Electricidad to BP.

The combined transactions represent total proceeds for Repsol of $4.3bn, including $4.1bn from the sale of assets to Shell and $0.2bn from BBE sale to BP.

Repsol also sheds financial commitments and non-consolidated debt in line with the figures announced in February 2013.

Vanguard to acquire oil and gas properties in Wyoming for $581m

Vanguard Natural Resources has signed an agreement with an unnamed source to acquire natural gas and oil properties in the Pinedale and Jonah fields of south-western Wyoming, US, for $581m.

The Pinedale and Jonah field properties comprise about 87,000 gross acres that are producing around 113.4mmcfe per day at present with approximately 80% being natural gas, 4% oil and 16% natural gas liquids.

Vanguard Natural Resources president and CEO Scott Smith said the acquisition of an interest in such a prolific natural gas field is a milestone event for the company.

ONEOK Partners has completed over $1bn worth of pipeline and processing projects in Oklahoma and Texas, US.

ONEOK said that Sterling III will be capable of transporting 193,000 barrels a day of NGL products from ONEOK Partners’ facilities in Medford to storage and fractionators at Mont Belvieu.

The pipeline moves through Woodford Shale and offers transportation options for NGL production from the Cana-Woodford Shale and Granite Wash. The entire cost for the 540-mile pipeline and reconfigurations to the first two Sterling pipelines is expected to be between $760m and $790m.

Fitted as part of BP’s continuous improvement programme, the fasteners were used to assure that the correct design load was being achieved on bolted joints on four of the terminal’s re-boilers. RotaBolt is a sealing and bolting product from global engineering business James Walker.

BP gas processing terminal asset care engineer said that RotaBolts have been fitted on the bolted joints where the main vessel connects to the channel system.

Tethys Petroleum has discovered gas at Well AKK19, the third shallow gas exploration well of the company’s 2014 programme in Kazakhstan.

Drilled on the Akkulka property to a depth of 800m, AKK19 encountered a pay zone twice as thick as AKK15 to the north-west.

The AKK15 well tested at a rate of about 7 million cubic feet of gas a day, or the equivalent of 1,167 barrels oil. Tethys expects the AKK19 well to test at a significantly higher rate.

Dubbed the Area 47 development project, the planned development is situated in the Hamada region, approximately 200km south of Tripoli in the Ghadames Basin.

The project will feature flow-lines, a common gathering trunk-line and a total of 34 producing wells.

Oil and natural gas firm Parsley Energy has agreed to acquire several undeveloped acreage and producing oil and gas properties in the US for around $252m.

Parsley signed agreements in separate transactions with various sellers for the properties, which are situated near the company’s current operating areas in Reagan County, Texas.