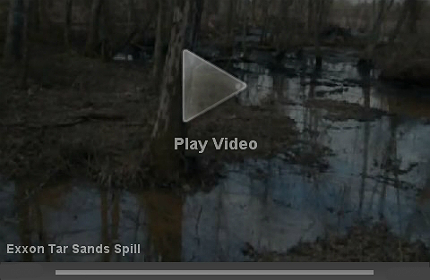 On the 29 March 2013, ExxonMobil’s Pegasus pipeline, which carries 90,000 barrels per day (bpd) of Canadian Wabasca crude oil from Patoka, Illinois, to Nederland, Texas, ruptured in the North Woods subdivision of Mayflower, Arkansas.

Since then, an estimated 84,000 gallons of crude oil has spewed onto local residents’ driveways, across their lawns and swamped their streets, as well as polluted local wetlands. The spill has been categorised by the US Environmental Protection Agency as a ‘major spill.’ 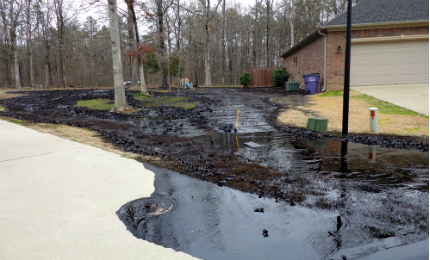 Here you can see the crude oil flowing down the street of the small town in the North Woods subdivision of Mayflower, Arkansas. People living in homes near the flow of oil have been evacuated until further notice.

Twenty two residents were forced to evacuate their homes, with no official date for their return. One resident described what the oil spill looked like.

"It looked like a river flowing down the road," they told CNN, adding that the smell was particularly over-powering. A couple who live five miles away told a news agency they could also strongly smell the oil, despite being a distance away from it. 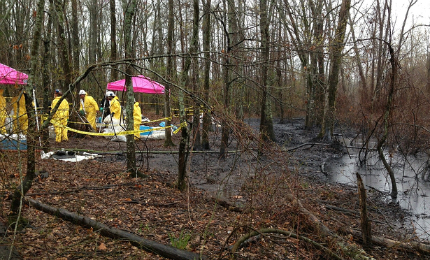 The ExxonMobil team prepare to continue with clean up work at a marsh that has been coated in tar sands oil from Canada. The company do not know how long the clean operation will go on for.

In response, ExxonMobil swiftly launched a clean up operation, helped by international aid groups such as Greenpeace and the Red Cross. They used pressure washing techniques, absorbent pads and removed contaminated soil and vegetation. ExxonMobil said around 600 people are currently involved in the clean-up operation. 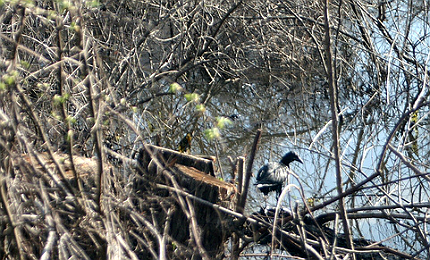 A small bird covered in oil rests on a tree. The oil spill flowed into nearby wetlands affecting some of the wildlife, several have been found dead, with more expected.

Despite ExxonMobil’s efforts much local wildlife has been affected by the spill, with thirteen dead ducks, one dead nutria and three dead turtles recovered, according to the company.

"We don’t like to see that. No one does," Faulkner County Judge Allen Dodson told reporters.

He added that he expects more dead wildlife will turn up, but not much. "I don’t expect a great number of them," he said. "I’ll be thoroughly disappointed if there are."

Locals are being advised not to touch any oily birds but seek help for them instead. 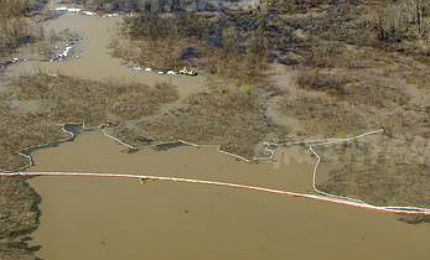 This aerial shot taken by Greenpeace shows that oil has leaked into local wetlands around a mile from the two and near to Lake Conway. Workers in a small boat can be seen putting down absorbant pads to collect the spilt oil.

There are concerns the spill could reach nearby Lake Conway, but so far the lake and the area’s drinking water supply is said to be unaffected.

However, local wetlands and creeks have been discoloured and polluted by crude oil. Local air quality is being monitored continually by ExxonMobil and the EPA and so far high levels of carbon monoxide have been detected in some areas. 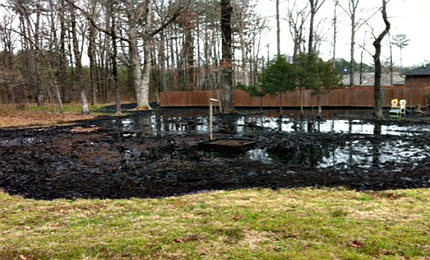 A huge puddle of oil disrupts a residential yard in Mayflower, Ark.

Shortly after the spill, ExxonMobil’s southern operations manger, Karen Tyrone, released a statement in response to the local disruption it has caused. She said in a press statement: "We regret that this incident has occurred and apologize for any disruption and inconvenience that it has caused."

She added: "Our focus is on protecting health, safety and the environment. We will be here until the cleanup is complete." 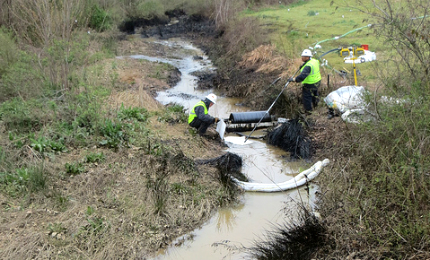 Workers mop up tar sands on 2 April. The National Wildlife Federation, which took the picture, said the the tar sands oil flowed down a storm drain, through a creek, and into a cove just before Lake Conway, a major sportfishing haven.

As yet, it’s not known what caused the 20 inch pipeline to rupture. Recent inspections by the company did not flag up any warnings a spill could occur. The Arkansas attorney general, Dustin McDaniel, has announced he plans to launch an investigation into what caused the spill.

"This incident has damaged private property and Arkansas’s natural resources. Homeowners have been forced from their homes as a result of this spill," McDaniel said in a news release last week.

The oil company can expect more repercussions from the pipeline rupture, in addition to lost oil, a damaged reputation and an expensive clean up bill. On Monday 8 April it was revealed two residents had filed class action suits against ExxonMobil demanding compensation.

According to NBC News, the law suit claims that capacity of the pipeline was increased by 50% without adequate maintenance and inspection. ExxonMobil haven’t responded but have agreed to cooperate with any valid claims. 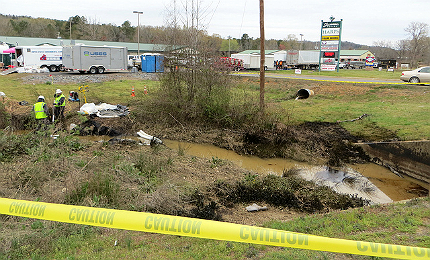 ExxonMobil clean up crews have taken over the small town of Mayflower, Ark, in the US. This is not the first oil spill for the company, another of its crude oil pipelines burst in 2011.

This latest spill won’t help the reputation of the oil and gas industry, which in recent years has gained a particularly negative reputation due to high profile disasters such as the Deepwater Horizon spill offshore of the Gulf of Mexico.

Only a few weeks before the Arkansas oil spill hit the headlines, the Pipeline and Hazardous Materials Safety Administration recommended ExxonMobil be fined $1.7m for the company’s response to the failure of its 12-inch crude oil pipeline, Silvertip Pipeline, located in the Yellow Stone River, Montana.

During the failure in July 2011, 1,509 barrels of crude oil were released into the river. ExxonMobil are accused of failing to address known seasonal flooding risks to the pipeline. This latest spill is said to be about ten times more significant than the Yellow Stone River spill. 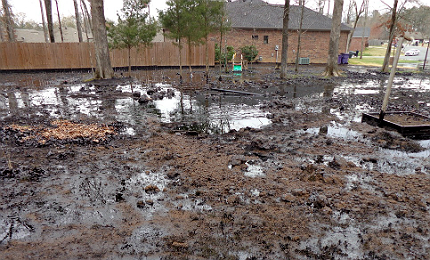 Soil has been turned into oily mulch near the source area of the Pegasus pipeline.

The clean up operation for the Arkansas oil spill, which ExxonMobil have said they will pay for in full, is expected to go on for weeks but the full, long term effect of it will be unknown for a while yet. For now it serves as a reminder of the devastation and disruption the global oil and gas industry – that most of the time does an excellent job powering the world – can cause when things go wrong.

Oil and gas pipelines are branching out, as more and more countries rely on imports for their energy supplies.

Researchers from CIRES in the US have discovered a link between elevated volcanic compounds in the atmosphere, which contribute to unhealthy ground-ozone formation, and oil and gas facilities.