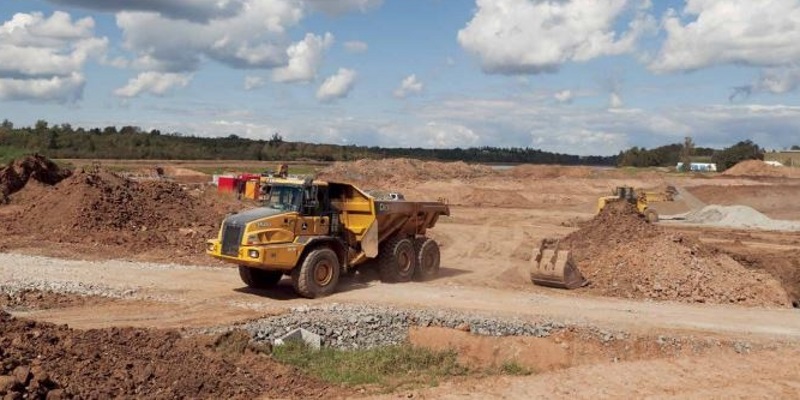 Alton natural gas storage is an underground facility being constructed in the Stewiacke salt formation, which is located approximately 60km from Halifax, Nova Scotia, Canada. The facility and its associated pipelines are being developed by Alton Natural Gas Storage, a subsidiary of AltaGas.

Comprising underground salt caverns, the facility will accumulate natural gas and supply it when demand rises for purposes, including heating for homes, businesses, hospitals and universities, as well as gas-fired generation. It will be the sole natural gas storage facility in Atlantic Canada, and the only development to be linked to the Maritimes and Northeast Pipeline.

Construction on the project commenced in 2008 following receipt of environmental and regulatory approvals. Three natural gas storage salt caverns have already been drilled and the project is scheduled to begin operations in Q2 2018.

"Three natural gas storage salt caverns have already been drilled and the project is scheduled to begin operations in Q2 2018."

Water pipelines approximately 12km-long will be laid to link the facility to the Shubenacadie and Stewiacke rivers to support the cavern development using solution mining process.

The storage capacity of the salt caverns will be 4.5 billion cubic feet (bcf) initially, but will eventually be increased to 10bcf. The project facilities will handle a maximum injection rate of 220 million metric standard cubic feet a day (mmscfd) during free-flow injection and 150mmscfd during compression injection.

The caverns are drilled to a depth of approximately 1,000m and secured by two strings of protective casings to prevent the occurrence of any porous formations and ensure hole stability. Gas storage compression and withdrawal facilities are being designed.

Naturally occurring salt has to be removed for developing the caverns by drilling a well into the salt formation. Water from the Shubenacadie river is channelled through the hole to dissolve the salt in the deposit, creating a brine.

The brine is pumped to a holding location from where it is released into the Alton Channel that is connected to the Shubenacadie river, creating space for natural gas storage in the caverns.

The development of the project is expected to result in a $130m investment in the local economy, contribute to the region’s economic growth and expand the area’s tax base through income, property and sales taxes.

New employment opportunities will be generated during construction with an estimated 110 jobs and between eight and ten permanent full-time jobs after the construction. The project will ensure supply of affordable and reliable natural gas to the residents as well as the North American energy network.

Greenhouse gas emissions and dependence on coal-fired generation are also expected to decrease.