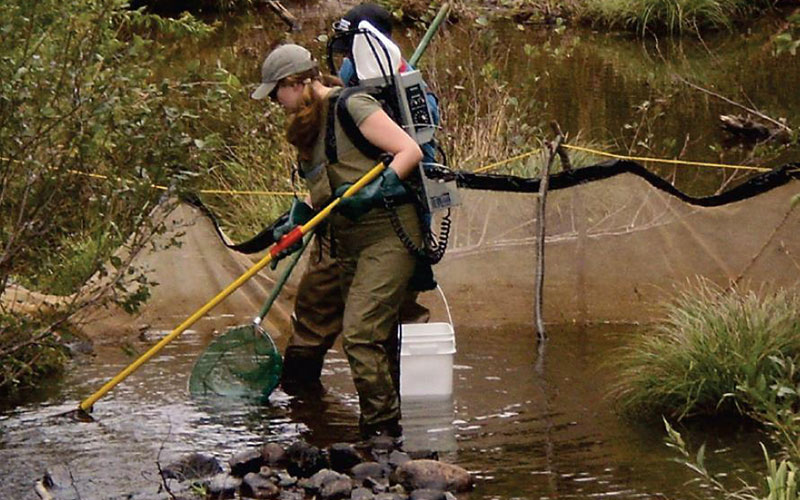 Pieridae Energy, an energy infrastructure development company based in Canada, is developing the Goldboro LNG project, which will include liquefied natural gas (LNG) plants and facilities for LNG storage and export.

The project was approved by Nova Scotia’s Minister of Environment in accordance with the Environment Act (Nova Scotia) in March 2014. Goldboro LNG project is the first LNG export facility being developed in the Eastern Canada.

Construction on the project is expected to commence in the second half of 2019 based on the closure of the final investment decision (FID) by mid-2019.

The project, which is being developed with an investment between $5bn and $10bn, is scheduled to commence operations in 2023.

The LNG facility will be located in Goldboro Industrial Park, the Municipality of the District of Guysborough County in Nova Scotia, Canada. The project site is located 7km away from the Meadow Lake, which will facilitate the water supply for the LNG terminal.

The facility will be supplied with natural gas through the existing Maritimes and Northeast Pipeline, which is located in the vicinity of the proposed facility.

Pieridae Energy acquired approximately 265.5 acres (107.5ha) of land from the Municipality in December 2015 to build the proposed facility.

The proposed liquefaction and export project will contain a natural gas liquefaction facility with two LNG trains, each with a production capacity of approximately 4.8 million tonnes (Mt) a year of LNG, three 230,000m³ storage tanks, an 180MW power generation plant, and marine facilities such as a marine terminal and marine jetty flow for loading.

“It will create a new export market for natural gas create an opportunity for the development of the energy industry, natural gas resources and accelerate the industry growth throughout the region.”

The marine terminal will be capable of accommodating LNG carriers with a capacity between 125,000m3 and 266,000m3. The marine infrastructure of the export facility will comprise a 1.8km-long-jetty trestle, two loading berths installed at a common jetty head, and a 220m-long marginal wharf along with a 260m-long long causeway.

The facility is expected to produce approximately 10Mt of liquefied natural gas a year and will have a storage capacity of 690,000m³ of LNG.

LNG off-take from the terminal

Pieridae entered a 20-year purchase and sale agreement with E.ON Global Commodities for 5MT/y of LNG produced by the facility in June 2013. The agreement was amended in June 2017 for the supply of 4.8Mtpa of LNG.

Pieridae Energy signed an agreement with a Europe-based utility for the supply of LNG up to 1Mtpa from the second train of the export facility in May 2018.

Switzerland-based Axpo entered a negotiation term with Pieridae Energy for the LNG off-take from the second train of the export terminal in August 2018.

Financing for the LNG storage and export project

In April 2013, Pieridae Energy secured confirmation on the project financing up to $3bn under the Untied Loan Guarantees (UFK) programme from the Federal Government of Germany.

The German federal Government provided a loan guarantee of $1.5bn for the development of the Goldboro LNG project in October 2018.

Morgan Stanley & Co and SG Americas Securities were selected as the financial advisors by Pieridae for the project in February 2018.

In August 2018, KfW IPEX-Bank was appointed by Pieridae Energy to provide assistance to the appointed advisors.

The proposed project will generate direct and indirect economic benefits to the local community, province, region and the natural gas industry in Eastern Canada and the US. It is expected to create up to 3,500 jobs during the construction phase and approximately 200 permanent jobs during the operation and maintenance of the LNG terminal.

It will create a new export market for natural gas, create an opportunity for the development of the energy industry and natural gas resources, as well as accelerate the industry growth throughout the region.

Contractors involved in the Goldboro project

KBR was selected by Pieridae Energy for the technical verification and open book estimate for finalising the engineering, procurement and construction (EPC) contract for the export facility, in April 2019.

Honeywell Process Solutions was awarded the integrated main automation contract by Pieridae Energy for providing the full automation and safety systems for the export terminal in August 2016.

The environmental assessment report for the LNG export facility was prepared by AMEC Environment & Infrastructure in 2013.

Hatch was responsible for providing engineering advisory for the development of the construction license for the project. Pieridae contracted Golder Associates, McNally Construction, Logan Geotech and Dillon Consulting, to perform geotechnical investigations on the seabed and land.