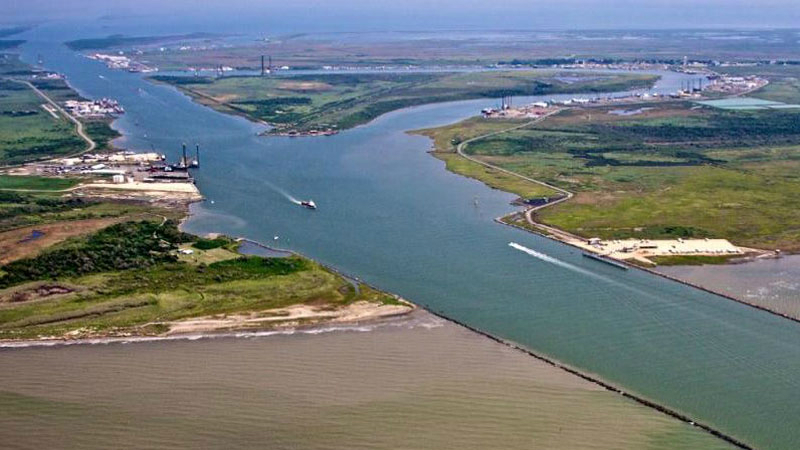 Approval to export LNG from the terminal was granted by the Department of Energy in December 2015. A 30-year authorisation has been awarded to export 2.1 billion cubic feet a day (bcf/d) of natural gas or approximately 15.75 million tonnes a year (Mtpa) by ship from the proposed project destination.

The export permission has been given to ship to countries with which the US has a free trade agreement (FTA) and does not prohibit trade.

Monkey Island LNG has also entered a 20-year fixed price binding agreement to receive natural gas for the new facility. Final investment decision on the $6.9bn terminal, which will have a LNG capacity of 15.75Mtpa, is expected to be taken in Q4 2020, while operations are expected to begin in 2022.

The LNG facility and the export terminal will be constructed on a 246-acre site on Monkey Island on Louisiana’s Calcasieu Ship Channel. The site is situated 2.5 miles (4km) from the Gulf of Mexico and lies close to the US natural gas intrastate and interstate pipeline systems, as well as significant gas pipeline interconnections.

A state-of-the-art LNG shipping facility can be developed at the site to host deep draft and mega LNG carriers. The site also provides access to aide channels, which are important for small-scale LNG operations and bunkering activities.

The site has been selected for its close proximity to the Gulf of Mexico that makes it an ideal destination to export LNG to FTA nations such as Costa Rica and Mexico. Domestically produced LNG can also be easily exported to other countries such as Japan and China, through the Panama Canal and to the European markets.

It is planned that the project will liquefy approximately 1.6bcf/d of natural gas to enable the production of 12Mtpa of LNG using three LNG trains. The LNG facility will include necessary utilities, storage and marine facilities.

The identical natural gas liquefaction trains will each have a capacity of 4Mtpa and use cryogenic technology for liquefying the natural gas. The natural gas will be supplied to the project by pipelines to be treated at the gas treatment area and the treated gas will be stored on-site as LNG.

LNG carriers moored at the project site will be used for transporting LNG to domestic and export markets after it is loaded into them from the storage tanks.

“The identical natural gas liquefaction trains will each have a capacity of 4Mtpa and use cryogenic technology for liquefying the natural gas.”

The operator will export the LNG produced via take-or-pay tolling agreements and has entered off-take agreements to facilitate the delivery of LNG to customers.

A total of four agreements have been signed for the sale of a total of 4.7Mtpa of LNG, which constitutes a third of the total LNG produced by the project. The operator has also signed a multibillion-dollar agreement with Chinese LNG terminal owner JOVO Group for long-term off-take of LNG from the project, along with a potential equity investment in the project by JOVO Group.

A master service agreement has been awarded to Technip that will cover engineering services that are necessary to develop the project, as well as front-end engineering design. Technip will also assist the operator during the Federal Energy Regulatory Commission’s (FERC) approval process.

AECOM was selected to coordinate the environmental analysis and engineering services for the FERC pre-Filing review process and application in July 2017. AECOM earlier completed the phase one environmental study for the project site.

Air Products has been selected to provide their propane pre-cooled mixed refrigerant process and main cryogenic heat exchangers technology, equipment, and the related process license. The project’s marine infrastructure will be assessed by Proes, which will prepare a waterway suitability assessment that will be submitted to the US Coast Guard.