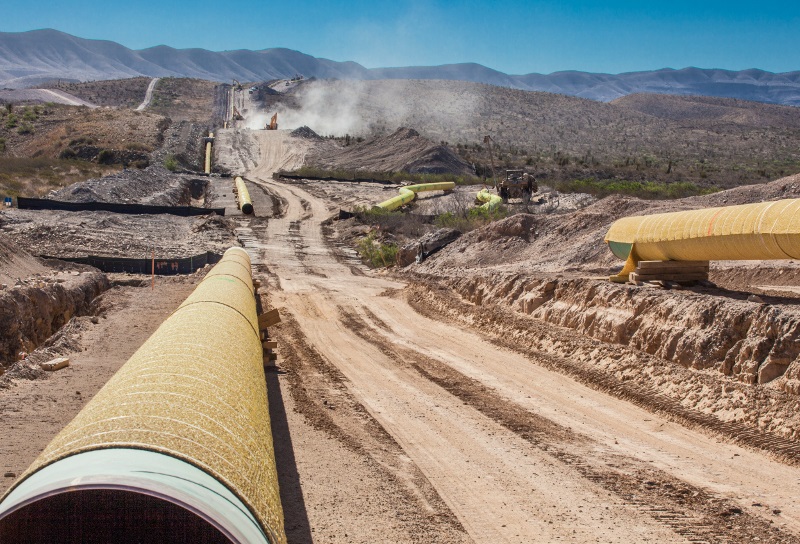 Roadrunner is a 200-mile (321.8km) natural gas export pipeline being built by ONEOK Partners in Texas, US. The project is developed being by a 50:50 joint venture of Fermaca and ONEOK Partners.

The project is being developed in phases at an estimated cost of $430m. It was originally estimated to cost $480m, but decreased material and labour costs reduced the project cost by $20m.

The capacity of the pipeline is fully subscribed under fee-based commitments for a period of 25 years.

The project will connect US gas producers in the Permian Basin with the rapidly growing natural gas markets in Mexico for their electricity generation and industrial market needs. It will also provide for future cross-border development opportunities.

The pipeline built from high-strength steel will have a design capacity of 640 million cubic feet a day (MMcf/d) of natural gas, of which approximately 570MMcf/d will be transported to México’s gas markets. The maximum operating capacity of the pipeline will be 1,220lb per square inch gauge.

"The capacity of the pipeline is fully subscribed under fee-based commitments for a period of 25 years."

The pipeline route was selected after careful consideration of the environmental and cultural resources. Numerous studies were conducted and data was collected on the wildlife, water and soil conditions before finalising the route of the pipeline.

Construction and infrastructure of the gas transmission pipeline

The pipeline is being constructed using horizontal-direction drilling (HDD) below the Rio Grande River near San Elizario.

Its development will require approximately 23.4 acres of land, in addition to 3.1 acres of temporary working area for HDD and hydrostatic testing. Another 18.7 acres of temporary access roads and 1.6 acres of operational right-of-way will also be required for pipeline facilities.

The construction will initially include clearing and grading of the right-of-way, following which the pipeline will be laid along the right-of-way. A trench will then be dug to separate top soil from subsoil.

Pieces of the pipe will then be welded to form one long piece and match with the contours of the land. The welds will be coated with anti-corrosion coating to protect against corrosion.

Speciality equipment will be used to lower the welded pipeline into the trench and backfill the subsoil over the pipe followed by the topsoil. The pipeline will then be filled with water and pressure-tested to check for leaks.

Finally, the right of way will be restored to the original state.

The pipeline is being constructed in three phases, with the first phase with a capacity of 170MMcf/d completed in March 2016, while phase two is currently under construction.

The phase two will increase the capacity of the pipeline to 570MMcf/d and is scheduled for completion in early-2017.

The third phase, which will further increase the pipeline capacity to 640MMcf/d, is scheduled for completion in 2019.

ONEOK Partners contracted Dykon to carry out pipeline blasting for the project. Dykon blasted more than 35,000ft of linear trench and roughly 100,000yd³ of mass rock.