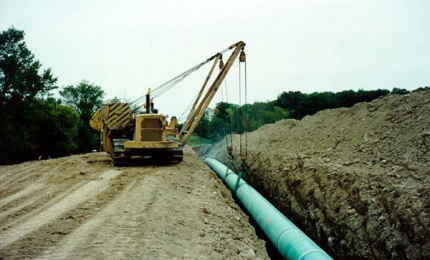 The Rover Pipeline Project is a proposed interstate natural gas pipeline system that will transport natural gas to US and Canada from processing facilities located in the Marcellus and Utica Shale areas.

To be planned, constructed and operated by Energy Transfer Partners, the $4.22bn project will traverse through Pennsylvania, West Virginia, Ohio and Michigan. Scheduled to be completed by early 2017, the project will supply cheap, reliable and locally produced natural gas to distribution points in western Ohio, West Virginia, Michigan and Canada.

Construction on the project will begin in the first quarter of 2016 following the Federal Energy Regulatory Commission’s (FERC) approval. Phase I of the project will involve completion of construction up to Defiance, Ohio, by the end of 2016, while the remaining section to Michigan will be completed by June 2017.

The project involves the construction of approximately 711 miles (1,144km) of underground pipeline, which has different diameters of 24in, 30in, 36in and 42in, through Pennsylvania, West Virginia, Ohio and Michigan, transporting 3.25bcf/day of natural gas.

"Phase I of the project will involve completion of construction up to Defiance, Ohio, by the end of 2016."

The proposed underground pipeline will have a 3ft soil layer over it. It will be buried 48in belowground while passing through agricultural lands and 60in below the ground when passing through roads and streams.

The project will also include the construction of eight supply laterals, and three mainlines consisting of two mainlines and a market segment. The two mainlines, to be built in Ohio, will be approximately 209.5 miles (337km) and 202.1 miles (325km) long and have a diameter of 42in each. The market segment will include an approximately 209.4 miles (337km), 42in-diameter pipeline passing through Ohio and Michigan.

A total of six new compressor stations with an estimated 73,300hp will be located in Doddridge and Marshall counties in West Virginia, Washington County in Pennsylvania, and Noble, Monroe and Harrison counties in Ohio.

The pipeline will start from south-eastern Ohio, passing through western-west Virginia and south-western Pennsylvania. Continuing north across the state of Ohio to an interconnection in Defiance, Ohio, the pipeline will finally terminate in Livingston County in Michigan.

The pipeline will be constructed parallel to existing pipelines, power lines or roads, and will constitute approximately 70% buried under agricultural land.

End-use markets for the Rover pipeline

The project will supply natural gas to the Midwest Hub near Defiance, Ohio, through processing plants in West Virginia, Eastern Ohio and Western Pennsylvania. Defiance will receive roughly 68% of the gas via interconnects with the existing pipelines in Ohio and West Virginia.

Michigan markets will receive the remaining 32% gas through an interconnect near Livingston County with the existing Vector pipeline.

Additional natural gas that is not consumed in the American market will be supplied to the Dawn Hub in Ontario, Canada.

The project will generate employment opportunities and contribute roughly $147m in property revenue tax to the state and the counties involved. It will also boost the local economy by using local raw materials for the construction.

Consultancy firm Land Stewards has been hired to carry out negotiations between landowners and Rover Pipeline authorities.

With an aim of boosting the local economy, the Rover Pipeline Project will invest approximately $85m in securing goods and services from Ohio-based firms. The goods and services will include parts used for piping, compression, steel and bearings, construction contractors, and pipeline workers.

Ariel Corporation, based in Ohio, has been contracted for $34.7m to supply frames and cylinder and compressors for the pipeline. Industrial Piping Specialists and Warren Group have been awarded a $27m contract for weld fittings and flanges, bolts and gaskets.

Emerson Process Management Automation has been selected to provide $10.6m worth of actuation packages and line breaks for ball valves. Rover Pipeline has also availed the services of Port of Cleveland, Marine Terminal Operator (MTO) and other local transportation providers for pipe discharging and handling.

Concrete sand for the construction will be provided by Tiger Sand & Gravel under a $4.4m contract. Pioneer Pipe will provide fabrication for flow-control skids, while welding consumables will be supplied by Lincoln Electric for $2.9m.