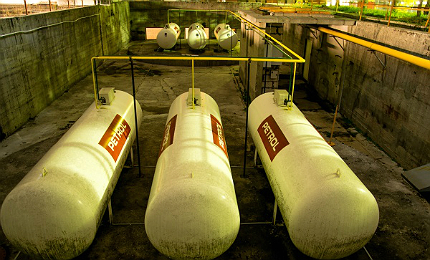 A huge and deadly explosion rocked the headquarters of Petroleos Mexicanos (Pemex) in Mexico in February, which has reportedly killed 25 people and injured more than 100 people.

Fire-fighters and rescue workers searched for employees who were feared trapped in a basement floor of the building, by digging out huge chunks of concrete and twisted steel.

Mexican Interior Minister Miguel Angel Osorio Chong said in a televised news conference that the investigation had started in to the blast that rocked the administrative building near the firm’s main tower.

British Isles-based oil and gas exploration and production company Tethys Petroleum announced that it had doubled the net selling price of gas in Kazakhstan.

The revised gas price, after marketing and distribution costs, is $65 ($72 after VAT is included) per 1,000 cubic metres.

Global oil and gas giant BP announced that it had completed the sale of its Texas refinery and a portion of its retail and logistics network in the south-east US to Marathon Petroleum, for an estimated $2.4bn.

The transaction includes about $0.6bn in cash, $1.1bn for the estimated value of hydrocarbon inventory and an earn-out arrangement of $0.7bn, which is payable over six years.

As part of the deal, Marathon Petroleum will take ownership of the 475,000 barrel per day refinery and the associated cogeneration plant and natural gas liquids pipelines.

Greece, Italy and Albania signed a tri-lateral intergovernmental agreement (IGA) with the aim of providing full support for the Trans Adriatic Pipeline (TAP) project in February.

Multibillion dollar projects in Australia have boosted the oil and gas industry in the Asia Pacific region, despite slowdown in the global economy, according to a report released by GL Noble Denton.

The report, ‘Seismic Shifts: The outlook for the oil and gas industry in 2013’, was released at the Australasian Oil & Gas Exhibition & Conference (AOG) 2013.

The report was compiled from inputs of more than 400 senior oil and gas professionals, including in-depth interviews with 20 industry executives.

The oil-bearing sandstone reservoir has been detected by log interpretations and MDT fluid and pressure sampling in the Vivian Formation, which started flowing at 9,408ft measured depth (MD) or 8,851ft true vertical depth.

It has gross oil column thickness of about 99ft and 53ft net pay thickness, while oil samples have a gravity of 18.5 degrees API, according to laboratory analysis.

Americas Petrogas said that it had found light oil in the LHo.x-1, located in the south-western region of the Neuquen Basin, Argentina.

The well was drilled and oil production potential from the Vaca Muerta Shale of the Picun Leufu sub-basin confirmed.

The well is located near the company’s other three southernmost blocks, namely Totoral, Yerba Buena and Bajada Colorada, which covers a combined area of about 1,126,600 acres.