Virginia and North Carolina, US 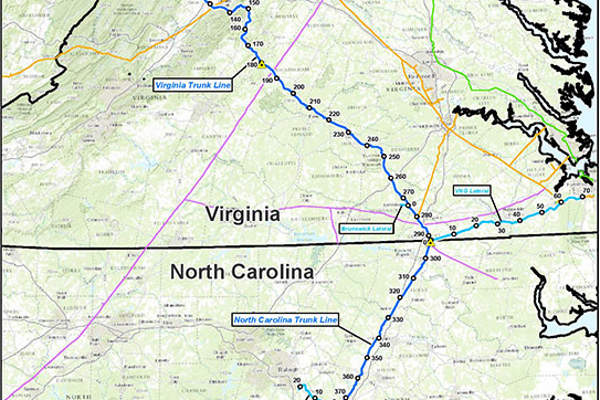 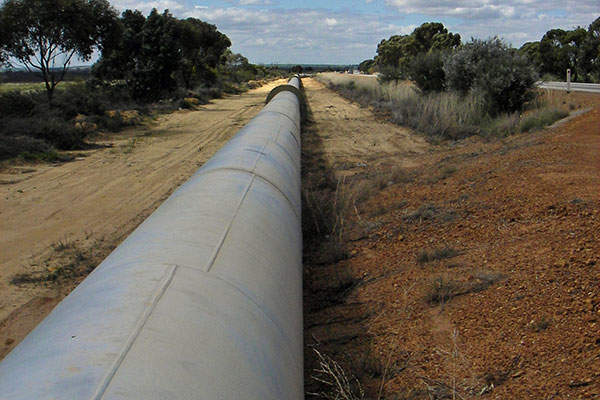 The estimated investment on the project is between $4.5bn and $5bn. Image: courtesy of SeanMack. 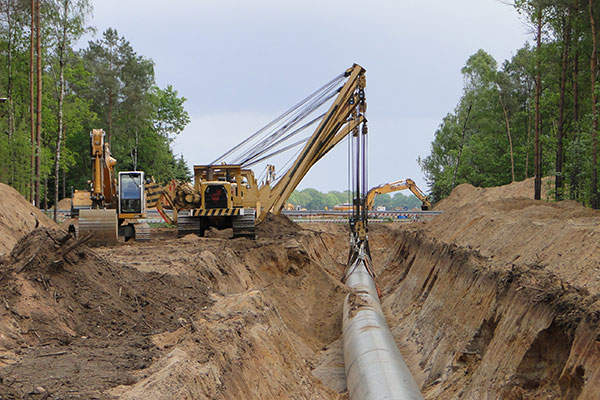 The pipeline will have a capacity of 1.5 million metric dekatherms a day (1.5 billion cubic feet a day) of natural gas and is estimated to cost between $4.5bn and $5bn.

An application for the project was submitted to the US Federal Energy Regulatory Commission (FERC or Commission) on 18 September 2015. The FERC approved the certificate of public convenience and necessity for the project in October 2017.

Running through the regions of West Virginia, Virginia and North Carolina, the pipeline will enhance the local economy and also provide natural gas to generate electricity, heat homes and run local businesses by supplying these areas with Marcellus shale gas from West Virginia.

Dominion Transmission was contracted to oversee the construction and operation of the project on behalf of the Atlantic JV.

Construction on the project is expected to be completed between 2017  and 2019, while operations are expected to begin by the end of 2019.

“Construction on the project is expected to be completed between 2017 and 2019, while operations are expected to begin by the end of 2019.”

Beginning at Harrison County in West Virginia, the pipeline will run southeast through Virginia and extend to Chesapeake, VA, and further south through North Carolina to Robeson County.

An absence of existing pipeline infrastructure in West Virginia, Virginia and North Carolina prompted the proposed pipeline to be developed along a new corridor.

Approximately 497.4 miles (88%) of the pipeline will be built in a greenfield corridor, whereas the remaining 66.2 miles (12%) will run parallel to available linear corridor facilities that include pipelines, electric transmission lines, roads, railroads and a former surface strip mine.

The pipeline will have a maximum allowable operating pressure of 1,440lb per square inch gauge (psig). Taps will be fitted on the pipeline to provide access to larger customers.

The Rover Pipeline Project is a proposed interstate natural gas pipeline system that will transport natural gas to US and Canada from processing facilities located in the Marcellus and Utica shale areas.

Compressor station one, to be built in Lewis County, West Virginia, will supply natural gas from the proposed Kincheloe metering and regulating station to the mainline AP-1.

Comprising four gas driven turbines, the station will give a combined 55,015 horsepower (hp) of compression.

Compressor station two will be constructed in Buckingham County, Virginia, at the intersection of mainline AP-1 with Transco transmission pipelines.

Compressor station three to be built in Northampton County, North Carolina, will be located at the intersection of the two mainlines and the lateral line one. It will supply natural gas from mainline AP-1 to mainline AP-2 and lateral AP-3. Consisting of three gas-driven compressors, the station will provide 21,815hp of compression.

The proposed pipeline will receive natural gas from two new interconnections. One of them will be the Marts Junction Interconnection that will be established in Harrison County, West Virginia, between the Atlantic Coast Pipeline and Dominion transmission facilities.

The second interconnection will be the Buckingham Interconnect that will be located in Buckingham County, Virginia, between the Atlantic Coast Pipeline and existing Transco facilities.

Sale of gas from the Atlantic Coast Pipeline

Subsidiaries and affiliates of the four partners in the JV will be customers of the pipeline, while PSNC Energy has also signed a 20-year contract to off-take the gas.

Dura-Bond was selected through a bidding process to provide steel pipes for the project in an agreement worth more than $400m. Pipes manufacturing commenced at Dura-Bond’s Steelton mill in late 2015.