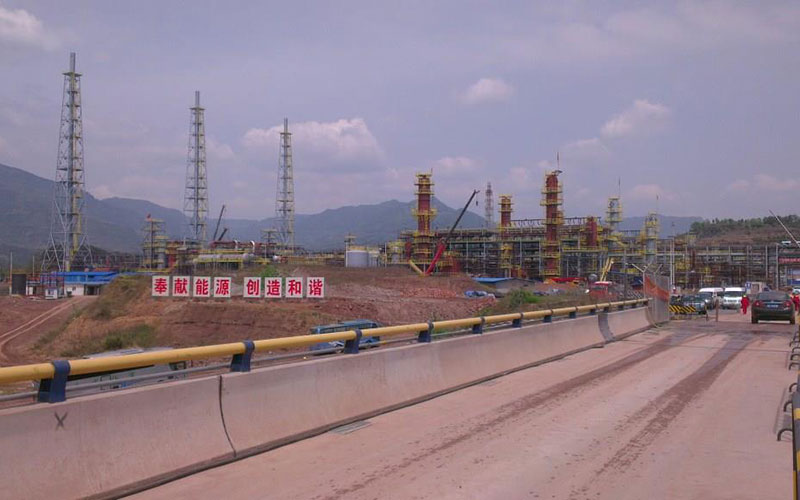 Natural gas production from the first phase of the project was achieved on 26 January 2016, marking an important step towards China becoming a leading supplier of clean and affordable energy in the southwest region of the country.

The sour gas project is one of the biggest onshore gas projects to be developed by a foreign company in China in collaboration with a Chinese company.

The project was launched in April 2008 and its first phase was approved by the China National Development and Reform Commission in October 2009, signalling the start of the development stage.

"The sour gas project is one of the biggest onshore gas projects to be developed by a foreign company in China in collaboration with a Chinese company."

Stage one of the project is estimated to have a capacity of 258mcf of natural gas a day. The field possesses dry gas, which has high hydrogen sulphide content (8%-17%).

The Chuandongbei gas field consists of eight blocks in six gas fields, 63 production wells and a production rate of 1.69bcm of natural gas a year.

The Chuandongbei project covers the Sichuan province and the Chongqing municipality and includes the Luojiazhai, Gunziping, Tieshanpo and Dukouhe-Qilibei gas fields. The development plan includes the construction of two sour gas processing plants connected by a gas gathering system to the five natural gas fields.

The development will be carried out in three stages, with the first stage comprising the development of the Luojiazhai and Gunziping gas fields as well as the construction of the Xuanhan gas processing plant.

The second stage of development will include the Tieshanpo gas field and the construction of another gas processing plant. The final stage will involve the development of the Dukouhe and Qilibei gas fields.

The Luojiazhai gas field has a production capacity of 3bcm a year and a daily capacity of 9.8mcm. A 3bcm/y purification plant, a 400,000t/y sulphur process plant, a gas gathering station, and 29km long gas collecting pipelines have been completed as part of the stage one development.

Mechanical completion of the first phase was achieved in late 2014. The field’s production commenced with the start of the first train, while the remaining two trains expected to come online later in the year.

Senscient was awarded a contract to supply 268 ELDS with open path gas detection systems, which are a combination of toxic and flammable sensors that can detect sour gas leakages over long distances.

Allens acted as legal advisors for Chevron on the acquisition of a 49% interest in the project. Big Bear Safety and Security Management provided security services during construction, site security management, access control and administration services.