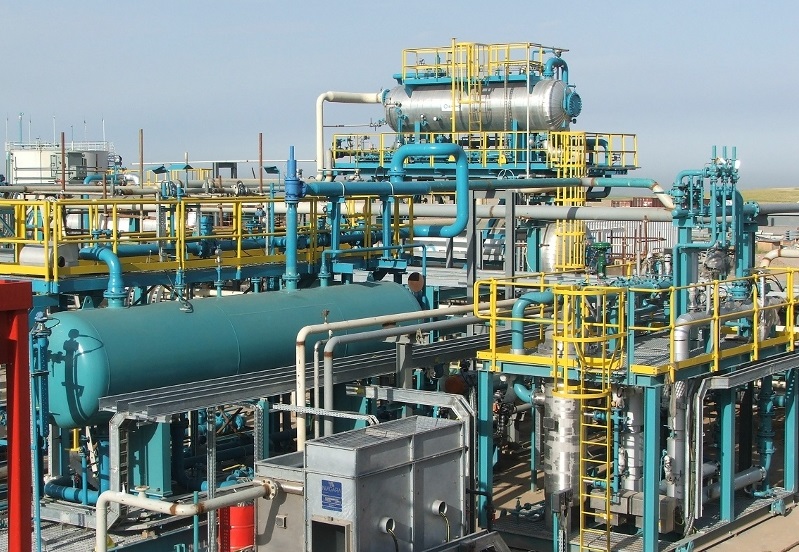 Dirok gas field is located in block AAP-ON-94/1 B in the Tinsukia District of Assam, India, and lies in close proximity to Digboi. The field is operated by the Hindustan Oil Exploration Company, (26.882%) for joint venture (JV) partners Oil India (44.086%) and the Indian Oil Corporation (29.032%).

A production sharing contract for the block was originally signed in June 1998 and followed by the commercial approval of the Dirok discovery within the block by the Ministry of Petroleum and Natural Gas.

Production from the gas field began in August 2017.

The Rs3.25bn ($54m) development encompasses the drilling of wells, as well as installation of gas processing infrastructure and transport facilities.

An additional $66,825 will be required to implement the environmental management plan.

The gas field is estimated to hold 11.88 million metric barrels of oil equivalent (mmboe) in proven and probable reserves as of March 2016.

The field is situated in the Assam-Arakan basin within the Schuppen thrust belt and covers approximately 350km².

It is located near Digboi, Tinsukia, Margherita, Doom Dooma and Makum.

The field comprises the Naga, Margherita and Disang thrust zones and is composed of weathered sediment of sandstone.

It also includes stones of the Pliocene to Pleistocene ages, as well as a Surma group of rock sandstone, siltstone and mudstone of early to middle Miocene.

Exploration activity in the block started in November 2000, leading to the acquisition of 2D/3D seismic data in 2003.

The Dirok field was discovered by drilling three exploratory and two appraisal wells, which confirmed the presence of multiple gas-bearing sands.

A new gas-gathering station was set up and a modular gas processing plant with a capacity of 20mmscfd of natural gas is also being set up as part of the proposed initiative.

The pipeline installation comprises two parallel gas pipelines and a single gas pipeline. The gas processing plant is being set up in Golai, Bhorpowai, near Digboi, which will process the gas and condensate produced from Dirok field gas wells.

New and existing wells and the gas-gathering station are located 25km away from Digboi in the Dirok tea estate under Kumarpatty Panchayat.

The gas-gathering station covers approximately 0.6ha of land. It includes a civil foundation, manifolds, flow line and valve network. A fire water tank is also located onsite, along with a fire pump.

The second stage (Phase-II) of development, involving the commissioning of the modular gas processing plant and pipeline, will increase the production to 35Mmscfd of gas and 800 barrels of oil a day.

The processing plant is being constructed on 6ha of agricultural land in the Golai village and is located 16km from the gathering station.

It will include a control room, administration buildings and warehouse, as well as manifolds, vessels, tanks, piping and associated valves.

Mechanical structural work and instrumentation are also included as part of the processing plant.

“The gas field is estimated to hold 11.88 million metric barrels of oil equivalent (mmboe) in proven and probable reserves as of March 2016.”

Machinery at the plant includes a scraper receiver, a test separator, an inlet separator and filters.

The two pipelines, running between the gathering station and the processing plant, comprise a high-pressure and a low-pressure pipeline with a diameter of 8in.

The pipelines were installed parallel to each other at a depth of 1m. The pipeline connecting to the buyer’s off-take location lies parallel to the Margherita-Deomali Road.

L&T Valves was selected to provide the high-integrity pressure protection system (HIPPS) for the field development. The product is the first to be developed in India.

A $30m contract was awarded to Expro to provide the design, engineering, construction, transportation, installation and commissioning of a modular gas processing plant.

A team to operate and maintain the plant will also be provided by Expro.

The field’s environmental impact assessment was performed by SENES.