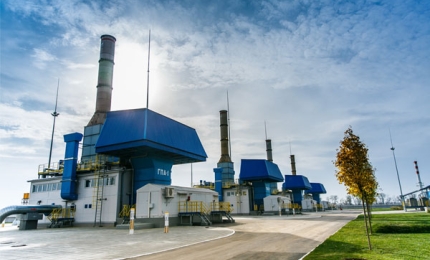 The Southern Corridor gas pipeline by Gazprom is aimed at supplying additional natural gas to the central and southern regions of Russia to aid in industrial and utilities development, improve gasification rates, and provide uninterrupted gas supplies to the Turkish gasline, Turkish Stream.

The project will comprise a 2,506.2km-long pipeline covering eight Russian Federation constituents, namely the Nizhny Novgorod, the Republic of Mordovia, the Penza, Saratov, Volgograd, Voronezh and Rost, and the Krasnodar Krai. Ten compression stations with a gross capacity of 1,516MW and an annual throughput of 63 billion cubic metres will be constructed along the route.

The landmark project will be executed in two phases that are scheduled for completion in 2017.

"Ten compression stations with a gross capacity of 1,516MW and an annual throughput of 63 billion cubic metres will be constructed along the route."

Certain sections of the pipeline will be built of unique 813mm pipes with a 39mm-thick wall that will be made of K65 steel to operate under high pressures of 28.45MPa.

Vladivostok LNG project is a liquefied natural gas (LNG) plant proposed to be set up by Gazprom near Vladivostok.

The Bubnovskaya compressor station was upgraded and commissioned in December 2014 in Volgograd as part of the Petrovsk – Pisarevka section.

Gazprom affiliate Giprospetsgaz is the general designer for the project. SGM Group has been selected to work on the Russkaya compressor station and other sections of the Southern Corridor gas pipeline system.