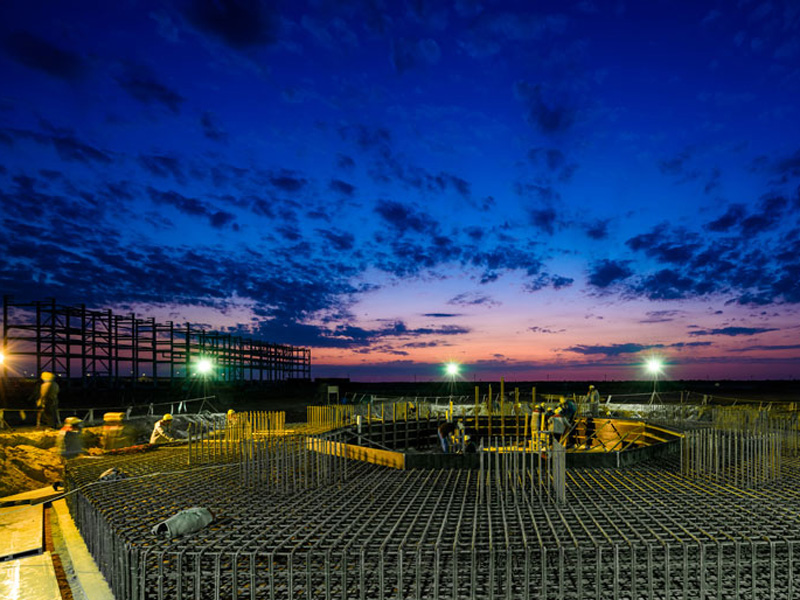 Kandym Gas Processing Complex (KGPC) is a new gas production facility being built to process gas condensate from the Kandym group of fields located in Bukhara Province, south-west of Uzbekistan. It is LUKOIL’s biggest investment project in Uzbekistan.

LUKOIL started the construction of the facility with the foundation stone laying ceremony on 19 April 2016. The complex is expected to be completed by the second half of 2018 and will be fully operational by 2019.

The $3.3bn project will pave the way for the development of new gas resources in Uzbekistan.

The project is being implemented by LUKOIL as part of the Kandym-Khauzak-Shady-Kungrad Product Sharing agreement (PSA) with national holding company Uzbekneftegaz, for the development of Kandym fields.

"The $3.3bn project will pave the way for the development of new gas resources in Uzbekistan."

The project includes the construction of a gas treatment plant capable of processing 8.1bn cubic metres of gas per year and a natural gas gathering system with 114 producing wells, 11 well pads and four gathering stations.

Other works include the installation of 370km of gas pipeline and construction of 160km of motorway.

In February 2015, LUKOIL awarded a contract to Hyundai Engineering for the engineering, procurement and construction (EPC) of the gas processing complex. Hyundai Engineering is also responsible to provide the feasibility study and detailed design for the project.

It is the first substantial contract under the Korean President Park Geun-Hye’s economic diplomatic plan, called Eurasia Initiative, which is expected to improve the economic co-operation between the two countries.

LUKOIL began production tests of two gas treatment plants (GTPs) at the Northern Shady and Kuvachi-Atal field in May 2015 as part of Kandym Early Gas project, which is the initial stage of development of the Kandym group fields.

The Kandym gas processing complex will be one of the biggest in Central Asia and will significantly contribute to the oil and gas industry’s growth and government’s economy.

It will also contribute to the development of social infrastructure of the region and create opportunities for the local contractors and businesses.