Alberta to the British Columbia (BC) 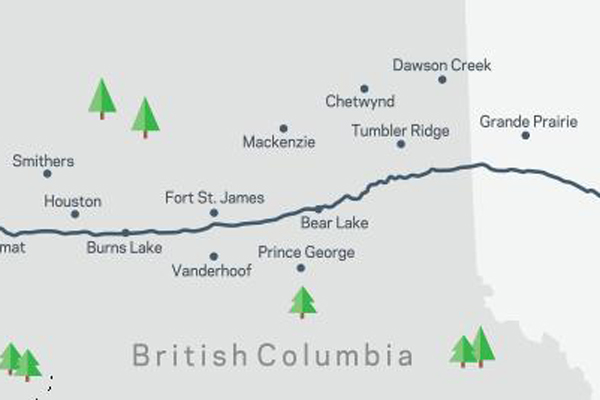 The Northern Gateway pipelines project includes construction of a 1,177km (731 miles) long twin pipeline from Alberta to British Columbia (BC). The pipeline will start at Bruderheim in the eastern Alberta plains, located about 35 miles away from northeast of Edmonton, and pass through the Rocky and Coast mountain ranges to the Pacific port of Kitimat in BC.

The project will also include construction of a marine terminal at Kitimat. Enbridge will operate the pipeline in collaboration with First Nations and Métis communities in BC and Alberta respectively. The project is expected to require an investment of C$6.5bn ($6bn).

The feasibility study and needs analysis for the Northern Gateway pipelines project was conducted in 1998. The Port of Kitimat located in BC was selected as the location for the terminal in 2005. A Joint Review Panel (JRP) was commissioned in 2006. The terms of reference and scope of review of the JRP were outlined in 2008.

Enbridge submitted a regulatory application for the project in 2010. JRP began public hearings in 17 communities in 2012 and submitted the report in December 2013. The JRP recommendations were approved by the Canadian federal government’s Governor in Council (GIC) in 2014, subject to 209 conditions.

The construction of the Northern Gateway pipelines is expected to begin in 2014 and scheduled to be completed by 2018. The 1,177km twin pipelines construction will begin at Bruderheim in Alberta and will extend up to Kitimat in BC. The first pipeline that will run from Edmonton to Kitimat will have 914mm (36in) outside diameter and will export 525,000bpd (83,400m³) of oil from Bruderheim to Kitimat. The second pipeline will run parallel to the first one from Kitimat to Edmonton, will have an outer diameter of 508mm (20in), and carry 193,000bpd (30,700m³) of condensate from Kitimat to Edmonton.

The pipelines will be coated with fusion bond epoxy and a cathodic protection system to prevent corrosion. They will be monitored and controlled from the operations centre located at Edmonton.

"The pipelines will be coated with fusion bond epoxy and a cathodic protection system to prevent corrosion."

The marine terminal at Kitimat will include two tanker berths, three condensate storage tanks and 16 oil storage tanks. All the tankers at the terminal will be double-hulled. The terminal will be constructed in compliance with the environment-friendly and safety standards, and will be equipped with a radar monitoring station as well as first response capabilities.

The oil and condensate stored at the Kitimat terminal will be loaded onto tankers and shipped through the Douglas Channel located two kilometres away. The oil and gas would be transported to the Asian markets through oil tankers.

The Northern Gateway project is expected to bring significant and enduring fiscal and economic benefits to the Canadian economy. It is expected to generate abou $2.6bn in the form of local, provincial and federal government tax revenues for 30 years. It will also provide access to new markets in the Pacific Rim.

The project is estimated to create employment for 3,000 workers directly during the construction phase. It is also expected that about 1,150 long-term job opportunities including 104 permanent operating positions for Northern Gateway and 113 positions for the associated marine services.