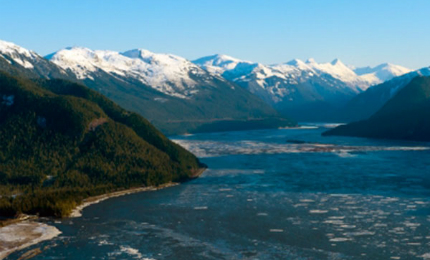 The project will be designed, owned and operated by Prince Rupert Liquefied Natural Gas (PRLNG), a wholly owned subsidiary of BG International.

The proposed project will include a natural gas liquefaction plant and associated port and infrastructure facilities to export natural gas to international markets. Phase one of the project is estimated to cost $11bn, while phase two will cost $5bn.

BG Group is currently conducting an environmental assessment and consultations with local communities. It plans to begin construction on the project in 2016, with the aim of commissioning in 2020.

Operational life of the proposed facility is expected to be 30 years, which can be extended up to 60 years.

"The site was chosen for amenities such as a deep-water port, safe navigation and road access, as well as existing infrastructure."

The LNG project will be spread over 125ha on the southwestern Ridley Island. The site was chosen for amenities such as a deep-water port, safe navigation and road access, as well as existing infrastructure.

Phase one will comprise two LNG trains, two LNG storage tanks and a marine terminal featuring a jetty and a ship-loading berth.

Phase two will be undertaken depending upon market demand. If implemented, it will add a third LNG train and an LNG storage tank to the plant, increasing the processing capacity to 21Mtpa. It will also add a jetty and a ship-loading berth to the marine terminal, and involve decommissioning any temporary construction facilities no longer needed.

Construction of the LNG project on Ridley Island

The pipeline will be built in the Peace River and Caribou regional districts.

Phase one of construction is expected to begin in 2016 and last for 60 months, whereas the phase two construction will be completed in 42 months.

An on-site natural gas-fired power plant will produce the required power for the plant’s operations. Temporary infrastructure such as access roads, borrow sites, construction laydown areas, temporary docks for equipment off-loading and a construction camp will also be erected during the construction phase.