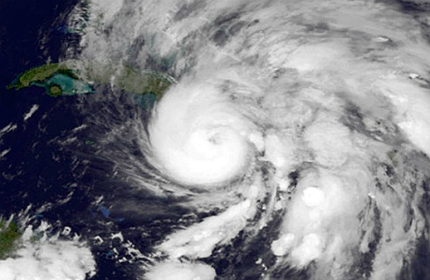 In January 2012 the Bulgarian Government decided to ban exploratory drilling for shale gas using the controversial hydraulic fracturing extraction technique, because of concerns over environmental issues.

Meanwhile, the Japanese Government announced it would gradually cut its dependency on oil imports from Iran.

In February 2012, joint venture partners Aminex and Solo Oil announced that they had discovered gas at the Ntorya-1 exploration well in the Rovuma Basin, onshore of Tanzania.

Tullow Oil discovered more than 20m of net oil pay in its Ngamia-1 well in Block 10BB, in the north-west Turkana region.

WGL Holdings subsidiary and Capitol Energy Ventures Corporation partnered with UGI Energy Services and Inergy Midstream to jointly build and market a $1bn, 200-mile interstate pipeline in the US state of Pennsylvania.

Meanwhile the Iraqi Government unveiled a contingency plan to build a pipeline from its southern fields to Ceyhan in Turkey, in order to easily ship oil and add capacity from its northern oil.

The plan was devised to deal with any potential crisis, should Iran close the Strait of Hormuz, which Iraq depends on for 80% of its crude-oil exports.

April: DECC back a return to fracking in UK

In April the Department of Energy and Climate Change (DECC) published a report supporting the return of fracking in the UK, but only under a firm set of conditions.

The report came almost a year after fracking was temporarily banned due to two small earthquakes.

May: US unveil rules for hydraulic fracturing on public and Indian lands

In May the US Interior Department proposed new draft rules for hydraulic fracturing operations on public and Indian lands in order to address concerns related to groundwater pollution.

The rules proposed rules required companies to publicly disclose the chemicals used in the fracturing process, with appropriate protections for proprietary information.

Taiwan’s Kuokuang Petrochemical Technology announced it was in discussions with the Taiwanese Government to take part in the $120bn oil refinery and petrochemical project proposed by Malaysia’s state oil enterprise, Petronas.

Tullow Oil also announced in May that it had made another oil discovery at its Ngamia-1 exploration well in Kenya.

In June BP revealed it had plan to sell its 50% stake in Russian oil company TNK-BP and said it had received unsolicited indications of interest for the deal.

Also in June BP agreed to sell its interests in the Jonah and Pinedale upstream operations in the Green River Basin of south-west Wyoming, US, to LINN Energy for $1bn in cash.

The companies said they plan to invest an undisclosed sum in the refinery, which processes 330,000 barrels of oil a day but was scheduled for closure in August 2012 as imported crude oil prices surged.

Meanwhile, Senex Energy announced that a mechanical failure prevented a valid result from a drill stem test at the Shocking-1 exploration well in Australia’s Cooper Basin. The failure occurred when the well’s first primary target, the McKilnay, was being explored.

August: pipeline carrying oil from Iraq shuts after an explosion

In August a pipeline carrying oil from Iraq to world markets was shut by authorities because of an explosion in Turkey. Local media cited Kurdish rebels as the cause of the blast, which was the second such incident in the space of two weeks.

Cosmo Oil also unveiled plans to shut down its refinery in Sakaide, Kagawa Prefecture, Japan, in July 2013 due to shrinking oil demand in the country. The refinery is capable of handling 140,000 barrels of crude oil a day.

In September Mexico’s state-owned oil company, Petroleos Mexicanos (Pemex), reported 26 deaths after a fire erupted at a natural gas pipeline distribution centre near Mexico’s border with the US.

Four employees of Chevron Pacific Indonesia, a subsidiary of US oil and gas group Chevron, were detained by government authorities in September over alleged corruption concerning an environmental remediation project in Sumatra, Indonesia.

Meanwhile, a survey by the Institute of Directors (IoD) revealed that Britain has a huge untapped shale gas potential that could help the region reduce carbon emissions, bring down energy prices and increase employment.

In October, Phillips 66’s 238,000 barrel per day plant in Bayway, New Jersey, US, was shut because of flooding in low-lying areas as a result of Hurricane Sandy. The storm pushed more than two feet of floodwater into the plant, which was then closed as a precaution.

It was revealed that more than 66,000 active wells weren’t inspected by the Pennsylvania Department of Environmental Protection (DEP) in 2011, according to a report released in October by Earthworks, a non-profit organisation.

BP agreed a heads of terms deal with Rosneft to sell the company its 50% stake in TNK-BP for a total consideration of $17.1bn and 12.4% of shares in Rosneft. The company said at the time that it plans to acquire a further 5.66% stake in Rosneft from the Russian Government for $4.8bn.

Meanwhile, management at TNK-BP said that a fire, which occurred at its Saratov refinery in Russia, had been extinguished. Before the fire started the refinery was producing 130,000 barrels of refined products a day

In November Algeria announced it would increase its shale gas production to meet growing demand in the domestic market.

A BP statistical review of energy report revealed that all of Algeria’s production will be used locally from 2019.

According to a poll of oil and gas professionals, Iraq has the potential to dominate energy production in the Middle East within 18 years by rapidly developing its oil and gas infrastructure. The poll, released in November, was conducted at the ADIPEC Exhibition and Conference in Abu Dhabi, UAE.

In December the UK Government lifted a ban on the use of hydraulic fracking method for shale gas exploration in the country, and also imposed new controls to reduce the risks of seismic activity.

Britain had suspended exploratory fracking since May 2011, after two small seismic earthquakes occurred when Cuadrilla Resources were fracking for shale gas at its Preese Hall site in Lancashire.

Meanwhile the National Iranian Oil Company (NIOC) said that it would deploy eight drilling rigs across the country in 2013, as part of its plan to expand exploration activities.